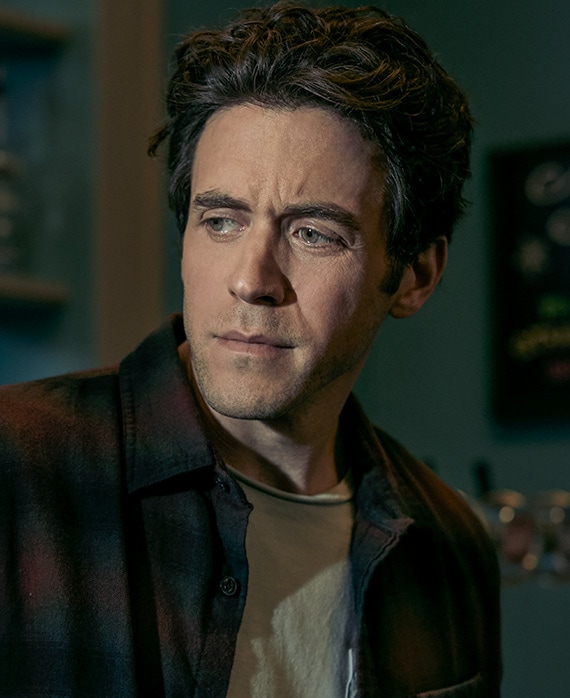 "Matt Mitchell," portrayed by Ashley Zukerman, is Claire’s college sweetheart, now husband, who works in medical equipment sales. He is supporting and loving of Claire’s aspirations, but also strives to recapture his own dreams of playing in a successful band again.

Born in California and raised in Australia, Zukerman’s work has been seen on both stage and screen worldwide. Most recently, he starred in HBO’s Succession and the Fear Street trilogy for FOX and Chernin Entertainment.

Previously, Zukerman earned a passionate fanbase starring opposite John Benjamin Hickey and Michael Chernus in the critically acclaimed WGN America series Manhattan which was executive produced by Sam Shaw and Thomas Schlamme. He also starred in the Australian thriller series The Code, which earned him a Logie Award nomination for “Most Outstanding Actor.” Zukerman’s break out role was on the long-running Australian series Rush.