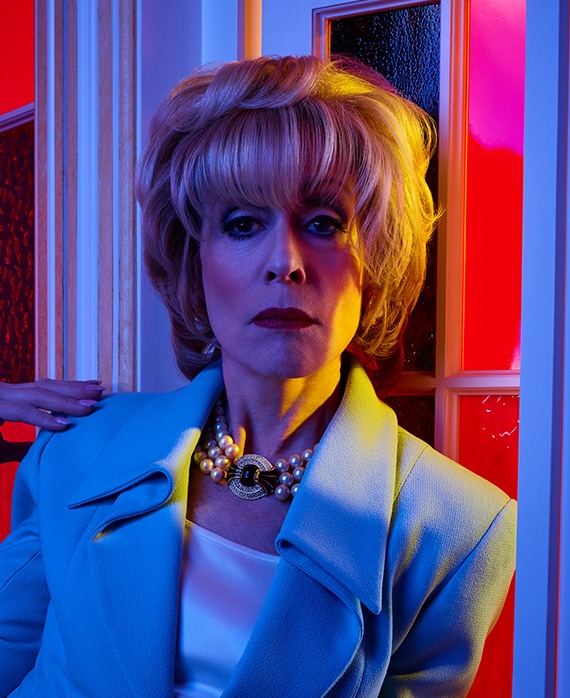 Light is well known for her extensive body of work on stage, in film and television. She is currently starring in Amazon Studios’ Golden Globe® winning series, Transparent, which she has been nominated for two consecutive Emmy® Awards, a Golden Globe® and three Critics’ Choice awards for her role as “Shelly Pfefferman.” Most recently she wrapped production for Hot Air opposite Steve Coogan.

Also, recognized for her impressive body of stage work, Light won an Outer Critics Circle Award and was nominated for a Drama League Award for her role in Therese Raquin. She received a Tony nomination for Lombardi, followed by two consecutive Tony and Drama Desk wins for the plays Other Desert Cities and The Assembled Parties. The recipient of the Made in New York Award, the Elizabeth Taylor Award and most recently, the Monte Cristo Award, in 2016 she did a one woman, Off-Broadway show for MCC, All the Ways to Say I Love You by Neil LaBute. Most recently she completed a run at the Pasadena Playhouse with Al Pacino in the production of God Looked Away by Dotson Rader.

Light starred in the television series, Who’s the Boss, and received two consecutive Emmy Awards for her work on One Life to Live. Some of her more recent television work includes Law and Order: SVU and Dallas. She starred in and produced, through her production company, the film, Save Me, which premiered at Sundance. Light performed in Europe, in several repertory companies across the country, and at the Eugene O’Neill Playwrights Foundation. For her performance of the Pulitzer Prize winning play, Wit, she was awarded the Helen Hayes and Eliot Norton awards. She has been a longtime advocate in relation to many causes, especially the fight to end HIV/AIDS and has been a champion for LGBTQ and human rights. Light is an active participant in a variety of organizations including Broadway Cares/ Equity Fights AIDS, and Point Foundation, and others.