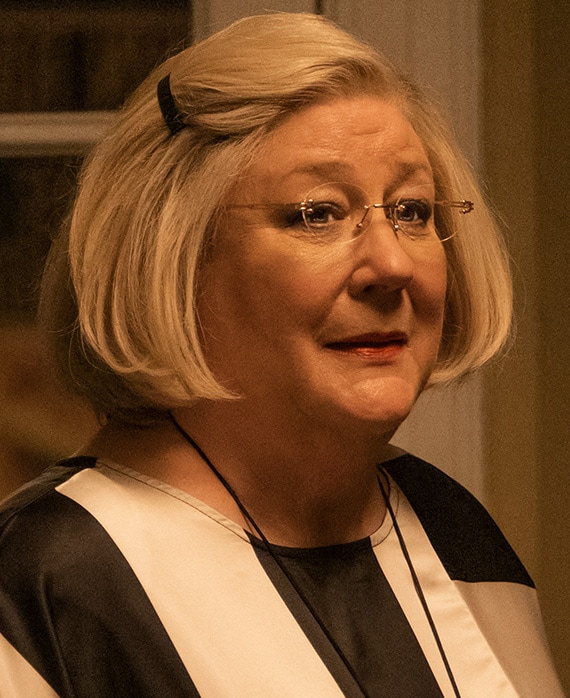 Martindale is a three-time Emmy® winner, receiving two consecutive Guest Actress in a Drama Series Emmys for FX’s The Americans and a third for Justified. Most recently, she earned an Emmy nomination for playing Bella Abzug in FX on Hulu’s critically acclaimed miniseries Mrs. America opposite Cate Blanchett. Other notable television credits include Sneaky Pete, The Act, The Good Wife and spinoff The Good Fight. On the big-screen, Martindale can be seen in Blow the Man Down, an official selection of the 2019 Tribeca Film Festival, as well as Alan Ball’s Uncle Frank on Amazon Prime. She can also be seen opposite Bryan Cranston in Showtime’s limited series Your Honor, and is currently filming a starring role in Ryan Murphy’s next American Crime Story installment, Impeachment.

A native of Texas, Martindale began her career on the New York stage creating such iconic roles as “Truvy” in the original production of Steel Magnolias. This brought her to the attention of Hollywood and appearances in some of the most notable films of the past two decades. Moviegoers will remember her work in Million Dollar Baby; Downsizing; Beautiful Creatures; August: Osage County; Dead Man Walking; Nobody’s Fool; Lorenzo’s Oil; The Hours; Practical Magic; Walk Hard: The Dewey Cox Story; Secretariat; Paris, je t’aime and Win Win; among others. On television, her work has been no less stellar with stand out performances, including Medium, Dexter, The Riches, Hung, A Gifted Man, The Millers and many more. Critics also unanimously lauded her performance in what The Huffington Post described as “the television performance of the year” as the diabolically maternal crime-family boss, “Mags Bennett,” on the hit FX series Justified.