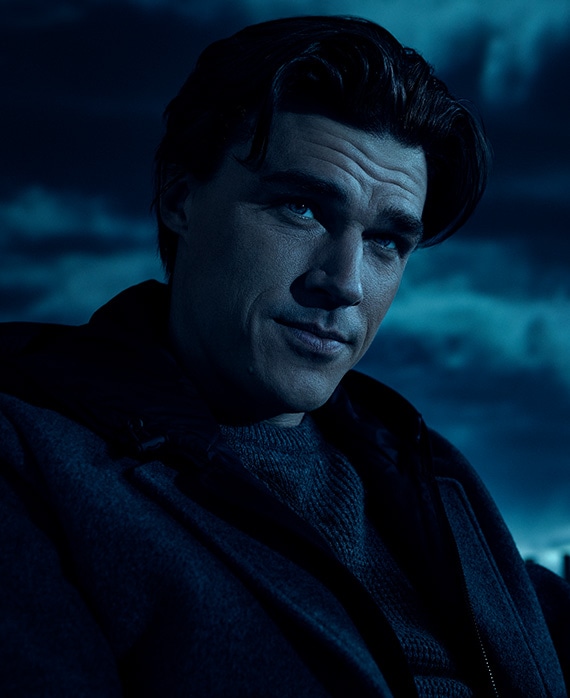 Wittrock is a two-time Emmy® nominee and Juilliard trained actor with an extensive resume in film, television and theater. He is best known for Ryan Murphy’s American Horror Story and The Assassination of Gianni Versace: American Crime Story on FX, in which he received an Emmy nomination for Supporting Actor in a Limited Series or TV Movie and a Critics’ Choice Award nomination in the same category.

He was recently cast as the titular role in the upcoming HBO Max series Green Lantern and is currently in production on the Netflix film Luckiest Girl Alive opposite Mila Kunis, based off the bestselling novel of the same name. He will be seen this October in Sony Pictures’ A Mouthful of Air opposite Amanda Seyfried. Most recently, he starred in the Golden Globe®-nominated drama series Ratched on Netflix, as well as the indie rom-com Long Weekend. Next year, he will be seen in Focus Features’ thriller Deep Water opposite Ben Affleck and Ana de Armas.

Film credits include the critically acclaimed film Judy opposite Renée Zellweger, A24’s The Last Black Man in San Francisco, Barry Jenkins' sophomore film If Beale Street Could Talk, which was nominated for Best Feature at the Golden Globe Awards, Critics’ Choice Awards and the Independent Spirit Awards, Adam McKay’s Oscar®-nominated drama The Big Short, the Oscar-nominated film La La Land alongside Emma Stone, the indie film Landline opposite Jenny Slate, Unbroken directed by Angelina Jolie, the Netflix biopic A Futile and Stupid Gesture and The Submarine Kid, which he wrote with lifelong friend Eric Bilitch, as well as HBO’s Emmy-nominated film The Normal Heart directed by Ryan Murphy, among others.

Wittrock made his Broadway debut as “Happy Loman” opposite Philip Seymour Hoffman and Andrew Garfield in Mike Nichols’ 2012 revival of Arthur Miller’s Death of a Salesman, which won both the Tony® and Drama Desk Awards for Best Revival and Best Director of that year, respectively. He won a Theatre World Award and the Clarence Derwent Award for this performance. Additional theater credits include The Glass Menagerie opposite Sally Field and Joe Mantello at the Belasco Theatre on Broadway, directed by Sam Gold, Othello opposite Daniel Craig, Rachel Brosnahan and David Oyelowo, also directed by Sam Gold and Sweet Bird of Youth opposite Diane Lane in Tennessee Williams' critically acclaimed play directed by David Cromer at Chicago’s Goodman Theatre. He began his career onstage playing “Romeo” in Romeo and Juliet at the Shakespeare Theatre Company in Washington D.C.

Wittrock attended the Los Angeles County High School for the Arts, followed by Juilliard and is currently a member of The Mechanicals Theatre Group where he has also directed. Wittrock currently resides in Los Angeles.