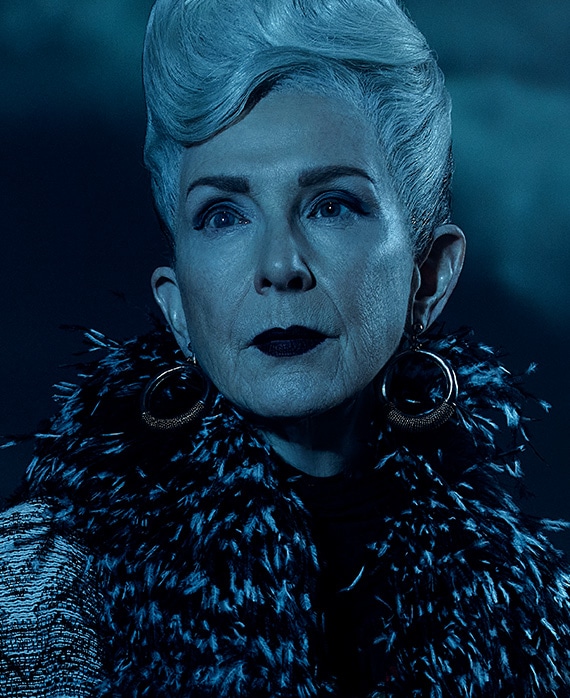 Conroy is a graduate of the Juilliard drama division and a member of The Acting Company. She is best known for her work as “Ruth Fisher” on Six Feet Under, for which she won a Golden Globe® and three Screen Actors Guild Awards. She also appeared as the older version of the character “Moira O’Hare” on the first installment of the television anthology series American Horror Story: Murder House, which garnered Conroy her first Saturn Award for Best Supporting Actress on Television nomination, as well as an Emmy® nomination for Outstanding Supporting Actress in a Miniseries or a Movie.

She appeared as “Dawn” on the Hulu original series Casual, as well as “Natalie” on Spike TV’s The Mist. Conroy also appeared on Hulu’s Castle Rock and returned for multiple roles in various installments of American Horror Story. She can also be seen in the highly regarded Todd Phillips film Joker, in the role of “Penny Fleck” alongside Joaquin Phoenix.