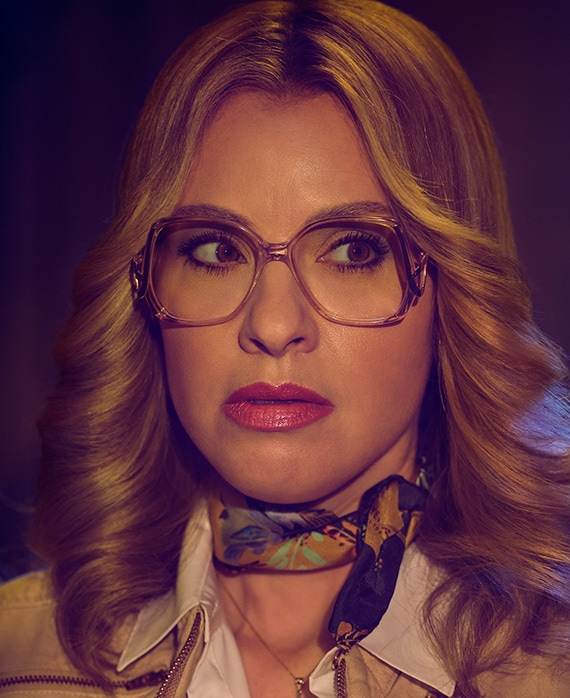 Grossman’s breakout role was the spoiled rich girl “Mary Cherry” on The WB’s Popular. She followed that up with four years on The WB’s What I Like About You. She appeared in Ryan Murphy’s film Running with Scissors, as well as his series The New Normal, Nip/Tuck and American Horror Story: Cult, in which she was the scene-stealing “Meadow Wilton.” She rejoined the AHS cast in American Horror Story: Apocalypse as the equally entertaining “Coco St. Pierre Vanderbilt,” and will next enjoy an arc on Amazon’s Goliath with Billy Bob Thornton.

Born and raised in Los Angeles, California, Grossman always secretly wanted to be an actress but never really expected it to happen. Her initial foray into showbiz was as a director of one-act plays in a festival at Crossroads School, a performing arts high school in Los Angeles. She switched gears from director to actress during her senior year at Sarah Lawrence College in New York. Grossman starred in a theatre production of Cereal! which was so successful that it made a one-year run Off-Broadway. Subsequently, the play made its way to Los Angeles at the Hudson Theater.

When she’s not working, Grossman enjoys spending time with family and friends, shopping and going to the movies.