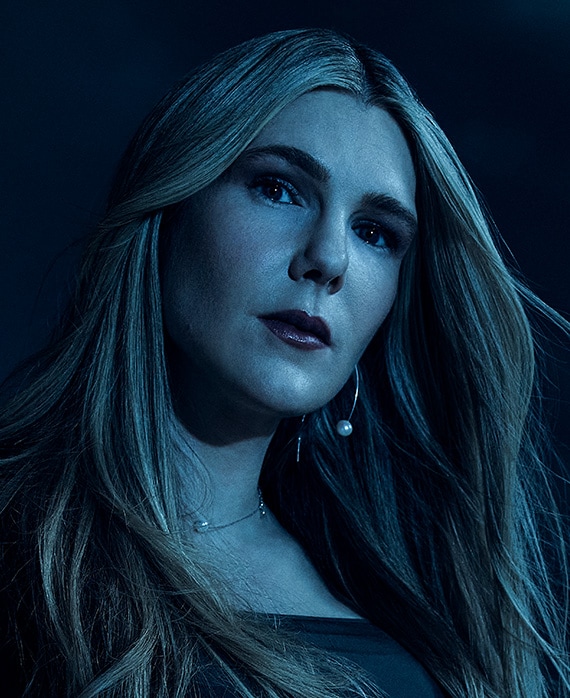 Known for her countless leading roles in the theater and on-screen in film and TV, Rabe has paved her own path as a highly acclaimed, versatile actress.

Most recently, Rabe co-starred in HBO’s hit limited series The Undoing opposite Nicole Kidman and Hugh Grant. Next up, she leads Amazon’s drama series Tell Me Your Secrets alongside Hamish Linklater and Amy Brenneman, from Bruna Papandrea’s Made Up Stories. She will also be seen in Barry Jenkins’ The Underground Railroad.

Via Kill Claudio Productions, Rabe and her producing partner Bettina Barrow are developing The Big D for HBO. The duo’s first feature Sister Aimee premiered at the Sundance Film Festival in 2019, subsequently selling to 1091 Media.

In Dan Sullivan’s The Merchant of Venice (Broadway, The Public Theater), Rabe played the iconic role of “Portia” opposite Al Pacino and received Tony Award®, Drama Desk and Drama League nominations for her performance. Rabe has also starred in and received rave reviews for Shakespeare in the Park productions at The Public of Much Ado About Nothing, As You Like It and Cymbeline. About Rabe’s ability to interpret Shakespeare, Oskar Eustis, the artistic director of the Public Theater said, “I’m sure Balanchine felt this way when he found certain dancers.”

In the Williamstown Theatre Festival production of Henrik Ibsen’s landmark 1879 drama, A Doll’s House, directed by Sam Gold, Rabe played “Nora Helmer.” At the Geffen Playhouse, Rabe played the titular role in Neil Labute’s contemporary remake of Miss Julie. Off-Broadway, she could be seen in Crimes of the Heart, Colder than Here, Proof and The Crazy Girl.

Rabe made her Broadway debut in Robert Harling’s Steel Magnolias, which garnered her a Drama Desk Award nomination. Other Broadway credits include Seminar, The American Plan and Heartbreak House (OCC nomination, Callaway Award).

Rabe is a graduate of Northwestern University.