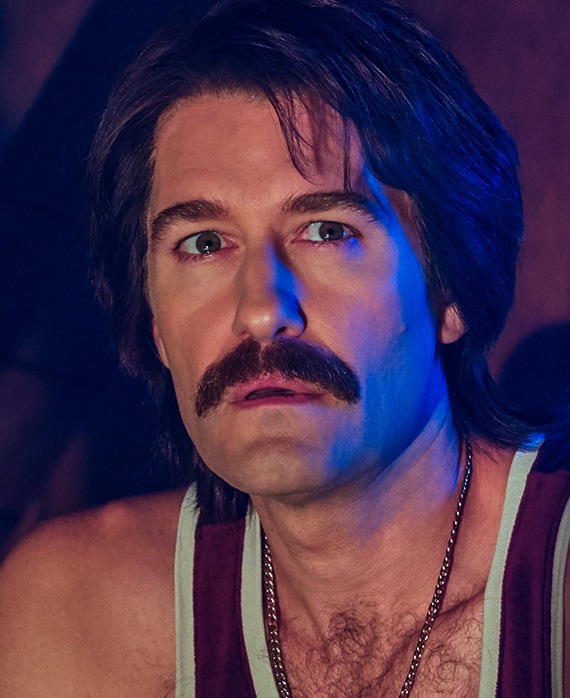 Morrison is a Tony®, Emmy® and two-time Golden Globe® nominated actor of stage and screen.

Morrison’s most recent Broadway credit is J. M. Barrie in the musical Finding Neverland, an adaptation of the 2004 film written by David Magee. Morrison received two Drama Desk nominations for the role and won the category of Favorite Actor in a Musical in the Broadway.com Audience Awards.

In 2015, Morrison wrapped the final season of FOX’s musical comedy series Glee, in which he starred as “Mr. Schuester,” the director of the club. The show was created by Ryan Murphy and received a Golden Globe for Best Television Series – Comedy or Musical in 2010 and 2011. For his work on the series, he earned both Emmy and Golden Globe nominations.

In June 2013, Morrison released his latest studio album Where It All Began, a Broadway standards record produced by the legendary Phil Ramone. Prior to that, Morrison released his debut, self-titled album through Mercury Records in 2011, which featured an A-list lineup of guest artists including Sting, Gwyneth Paltrow and Sir Elton John.

Coming up next, Morrison is teaming up with Disney Music Group to release a carefully curated album of Disney classics, set for release in early 2020. The album features songs personally picked from Morrison’s fondest Disney memories and will cover several eras of the classic films.

In 2012, Morrison starred in the Lionsgate film What to Expect When You’re Expecting, based on the book of the same name and directed by Kirk Jones. The film also starred Cameron Diaz, Jennifer Lopez, Chace Crawford and Dennis Quaid.

Morrison studied musical theater, vocal performance and dance at New York University’s Tisch School of the Arts. He made his debut on Broadway in Footloose but his big break came when he was cast as heartthrob “Link Larkin” in the hit Hairspray. Morrison was nominated for a Tony Award for his role in The Light in the Piazza and received a Drama Desk nomination for Outstanding Actor in a Musical for 10 Million Miles. He also starred in the Tony-winning revival of South Pacific at Lincoln Center Theater.

In early 2019, Morrison appeared as a Dance Captain on season one of the Simon Cowell-produced BBC One dance competition series The Greatest Dancer. Morrison presented the series alongside Cheryl Tweedy and Oti Mabuse. The program has been picked up for a second season.