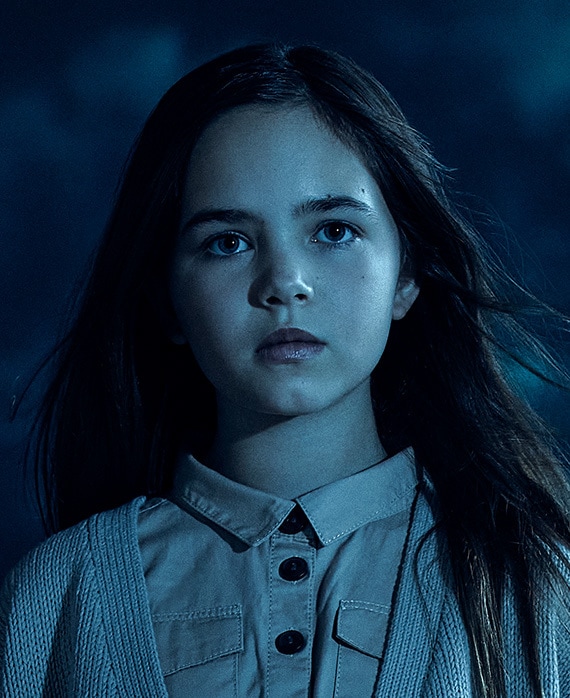 Armstrong was born in New York City in March 2010. Five years later, driven by a love for storytelling, Armstrong chose to pursue performance on the professional front. Her first audition was her first booking, her first recurring role and the beginning of her career on the road.

Her previous work includes, in order, Anne with an E, The Truth About the Harry Quebert Affair, The Art of Racing in the Rain, IT: Chapter II, The Glorias, Unicorn, The Tomorrow War and Black Widow.

On the heels of her run on American Horror Story: Double Feature, Armstrong follows in the footsteps of Drew Barrymore as “Firestarter” in the Stephen King redux of Firestarter.

Daughter to Dr. Berta Bacic and actor Dean Armstrong, she is the youngest of five children. When Armstrong isn’t acting, she loves school, playing soccer, drawing, spending time with her friends, swimming and being a total goof ball.