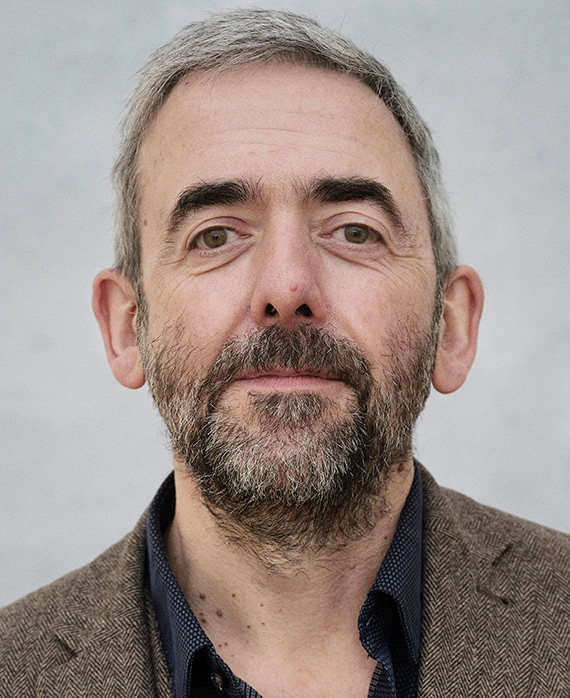 Simon Blackwell is a double Emmy® Award-winning screenwriter. He was nominated for an Academy Award® for Best Adapted Screenplay for his work on the political feature In the Loop, a spin-off of The Thick of It, the Armando Iannucci-devised BAFTA®-winning sitcom.

Blackwell co-wrote the pilot episode of HBO’s Veep with Iannucci and served as writer and executive producer on the subsequent four seasons, for which he won two Emmys and two Writers Guild Awards.

Other film work includes The Personal History of David Copperfield, which debuted to exceptional reviews at the 2019 Toronto International Film Festival and stars Dev Patel, Hugh Laurie, Tilda Swinton and Ben Whishaw; and Chris Morris’ Four Lions, which Blackwell wrote with Morris, Jesse Armstrong and Sam Bain. Blackwell had previously collaborated with Armstrong and Bain on the cult Channel 4 sitcom Peep Show and has since written with Armstrong on HBO’s Succession.

In 2017, Blackwell created and wrote the critically acclaimed Channel 4 and Sundance series Back.

Blackwell has worked with Breeders’ Chris Addison on various projects including Veep, In the Loop and The Thick of It, as well as the Sky romantic comedy Trying Again, which they created together.

Born and raised in Battersea, South London, Blackwell is married to literary festival director Jenny Dee. They have two grown sons, Jack and Dan, and live in a small village in the Cotswolds.