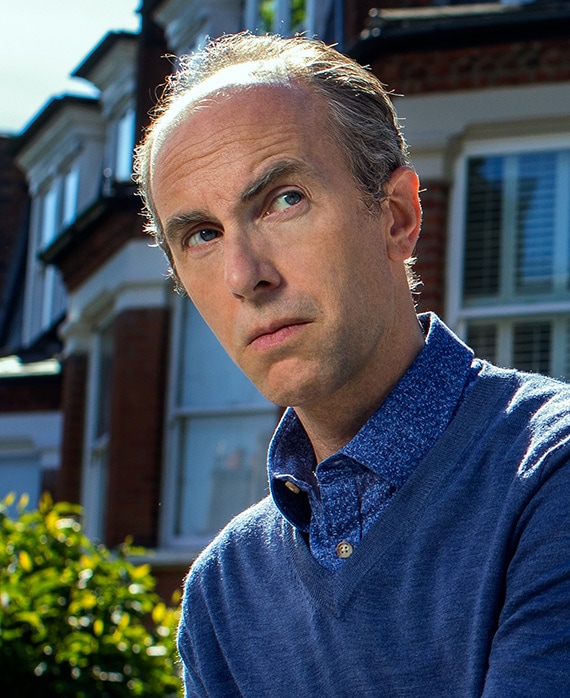 Well meaning but frequently exasperating, "Carl," portrayed by Tim Steed, is Paul and Ally’s next-door neighbor. His number can be found in his neighbourhood newsletter if you need him.

Steed’s career includes highlights such as his role in Star Wars: The Last Jedi, the seventh installment in the Star Wars series with Mark Hamill, Carrie Fisher, Adam Driver, Daisy Ridley and Harrison Ford, The Death of Stalin alongside Steve Buscemi, Dead in a Week (Or Your Money Back) and The Imitation Game with Benedict Cumberbatch.

Steed can also be seen with Cumberbatch in the TV movie Brexit for HBO. His other television roles include The Crown, Wolf Hall, Peep Show, Little Boy Blue, Fresh Meat, Diary of a Somebody, Blonde Bombshell and Garrow’s Law.

Steed has worked extensively in theatre, including The Almeida, The Royal Court, Royal National Theatre and Shakespeare’s Globe. In 2018, he performed a stint in the West End in Ink by James Graham. He has played iconic roles in multiple Shakespeare plays, as well as Arthur Miller’s The Crucible and All my Sons. He won an Olivier award for The Pride in 2009.

Steed studied at the Central School of Speech and Drama before landing his first television role as “Ronald Marsh” in Agatha Christi’s Poirot in 2000. He has been married to actress Alice Patten since 2007. They have two children together and reside in London.