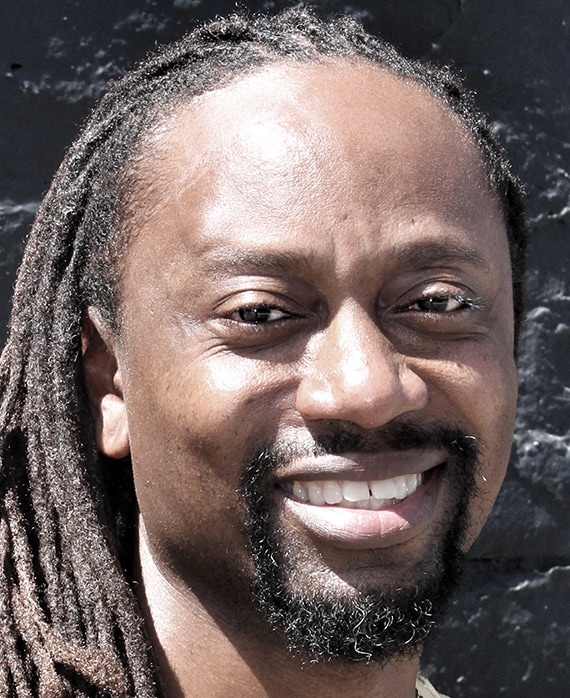 Saladin K. Patterson is currently an executive producer of the FXX comedy DAVE. Prior to his work on DAVE, Patterson was the showrunner of the hit TBS comedy The Last O.G. starring Tracy Morgan and Tiffany Haddish.

In 1996, Patterson began his writing career as one of four writers chosen for the prestigious Walt Disney Writer’s Fellowship Program. Upon completion of the program, he was selected to become a writer on Disney/ABC’s Teen Angel. In 1998, Patterson was selected as executive story editor on FOX’s The PJs. With eight produced scripts between the two shows, the writer-turned-director completed his first independent production, titled Da Sixth Sense, which appeared in the Acapulco Black Film Festival where it received runner-up for the grand prize and aired on HBO and Cinemax. In May 2003, Patterson completed his second independent project titled One Flight Stand which he wrote, directed and produced. It subsequently screened at the prestigious Sundance Film Festival, American Black Film Festival, Pan-African Film Festival and Aspen ShortFest.

Patterson is a native of Montgomery, Alabama and an M.I.T. alumnus with a degree in Electrical Engineering. He also received his M.A. in psychology from Vanderbilt University. Based on his unique background, he was selected to serve on a special subcommittee of President Obama’s Job Council, which was comprised of entertainment professionals with backgrounds in science and engineering. He now resides in Los Angeles, California with his wife Chelsea, his daughter Micah and son Joshua.