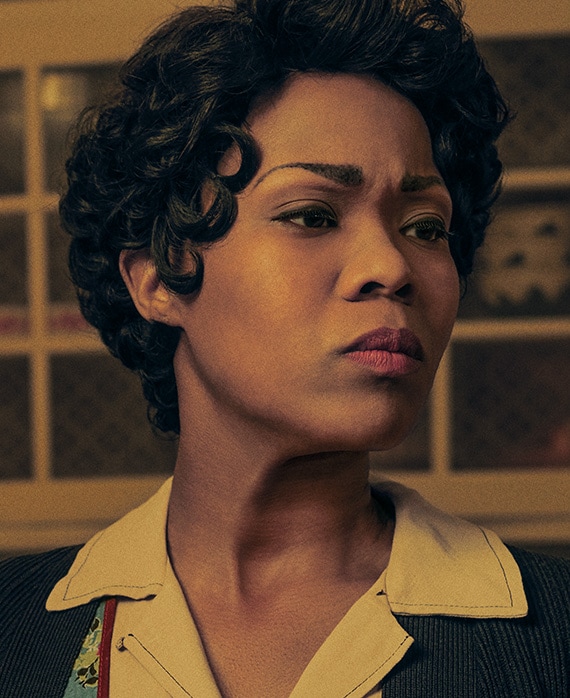 "Dibrell Smutny," portrayed by Anji White, is the mother of Ethelrida. Suffice it to say, the apple doesn’t fall far from the tree, for it’s Dibrell who showed Ethelrida how to be a strong woman who marches to the beat of her own drum. Dibrell is determined to do what is necessary for the good of her family.

Hailing from the south side of Chicago, White is best known for her recurring role in The Chi. She has appeared in Empire, Chicago P.D. and the feature film Hope Springs Eternal. Theater credits include the critically acclaimed Chicago premiere of Sunset Baby, for which she earned a Jeff Equity Award nomination for “Best Actress,” a Black Excellence Award nomination and a Black Theatre Alliance Award (BTAA) for “Best Actress;” American Theatre Company’s docudrama of The Project(s); and the critically acclaimed For Colored Girls, for which she won BTAA Awards for “Best Ensemble” and “Best Actress” as well as a Jeff Equity Award for “Best Ensemble.”