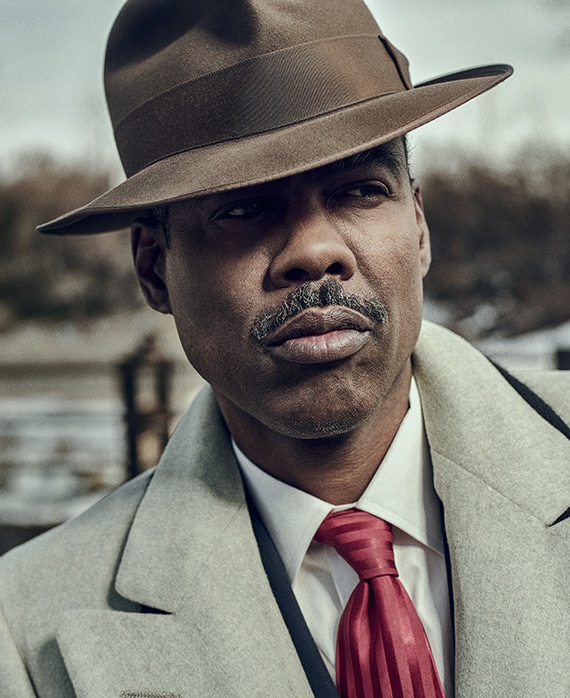 Chris Rock portrays the head of the Cannon crime syndicate, "Loy Cannon," a self-made sophisticate born into an age of brutality. In a perfect world, Loy would be the CEO of a fortune 500 company. But his world isn’t perfect, so Loy used his prodigious intellect to create The Cannon Limited — an empire of a different kind; running numbers, prostitution and protection out of Kansas City.

Rock is one of the world’s most important comedic voices, as well as an award-winning actor, director, producer and writer.

Rock teamed up with Lionsgate and Twisted Pictures in the reimagining of the next Saw franchise movie Spiral, which he produced and starred in. The film hits the big screen in 2021.

His other film credits include The Week Of, the Grown Ups and Madagascar franchises, 2 Days in New York, Death at a Funeral, Nurse Betty, Dogma, the hip-hop comedy CB4 and New Jack City.

Rock’s big break in television started as a cast member on Saturday Night Live. He executive produced, wrote and narrated the award-winning series Everybody Hates Chris.

In 2011, Rock made his Broadway debut starring in Stephen Adly Guirgis’ The Motherf**ker with the Hat.

Beyond acting, Rock directed HBO’s comedy special Amy Schumer: Live at the Apollo and executive produced Totally Biased with W. Kamau Bell. In 2009, Rock ventured into the documentary world as the writer and producer of Good Hair. The critically acclaimed film won the Sundance Special Jury Prize and the NAACP Image Award for “Outstanding Documentary.”