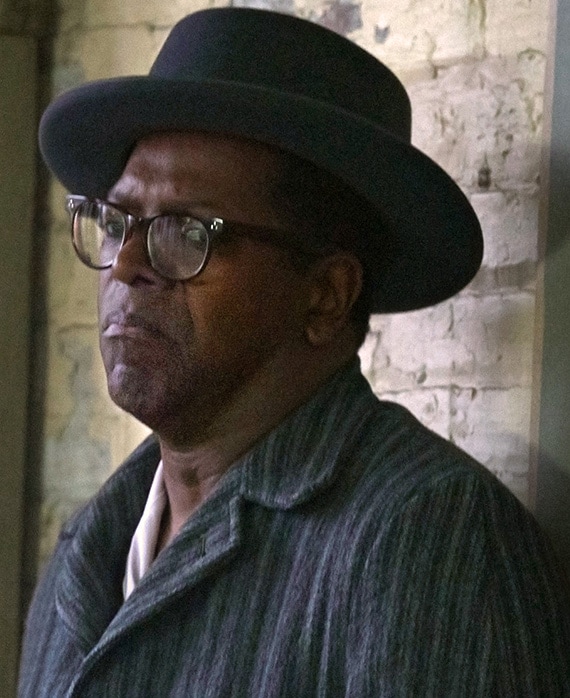 "Opal Rackley," portrayed by James Vincent Meredith, is Loy Cannon’s personal bodyguard. He enlisted in the Navy during WWII and fought his way across the Pacific. But despite his service, he returned home to a country that treated him as second-class citizen.

Born in Chicago, raised in Evanston, now residing in Oak Park, Meredith is proud to call Illinois and the Midwest his home. Meredith’s body of work spans film, television and theater. His feature credits include Widows, the 2018 crime thriller starring Viola Davis, Princess Cyd and Knives and Skin. In television, he recurred as “Barry Vaughn” on NBC’s Chicago Med and as “Alderman Ross” on Boss for Starz. He also guest-starred on FOX’s Proven Innocent and The Exorcist, Showtime’s Shameless and ABC’s Betrayal. Meredith has been a member of Chicago’s Steppenwolf Theatre Company for over a decade, sharing the stage with Tracy Letts, Rainn Wilson, Lois Smith, William Petersen and Michael McKean, among others. Broadway credits include Superior Donuts and “Mafala Hatimbi” in the long-running musical The Book of Mormon.