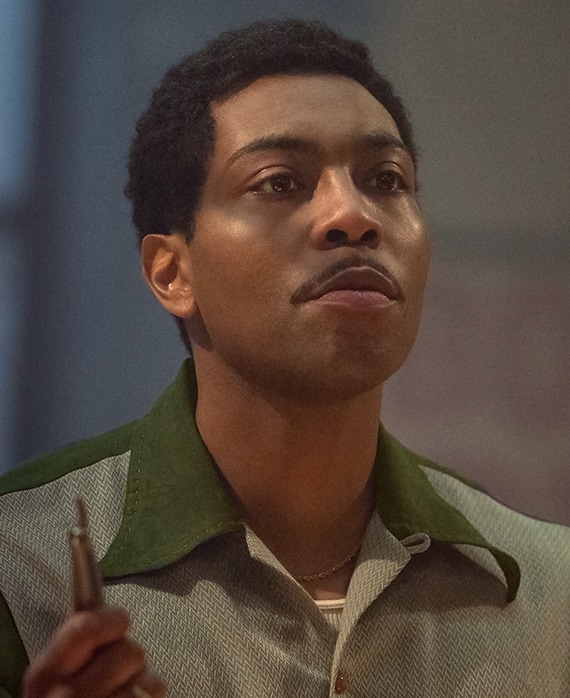 A former Negro League baseball player, "Leon Bittle," portrayed by Jeremie Harris, is the most flashy member of The Cannon Limited. He was raised in Tennessee and served in the Army during WWII where he excelled at killing Germans up close with a bayonet. Leon’s a climber and aspires to be just like Loy someday.

Harris is best known for his starring role as “Ptonomy Wallace” on three seasons of FX’s Legion and as “Shane Vincent” on Baz Luhrmann’s The Get Down. In 2019, he starred in The Public Theater’s Shakespeare in the Park production of Much Ado About Nothing, directed by Tony Award® winner Kenny Leon, and appears in the film Vampires vs. The Bronx from producer Lorne Michaels.