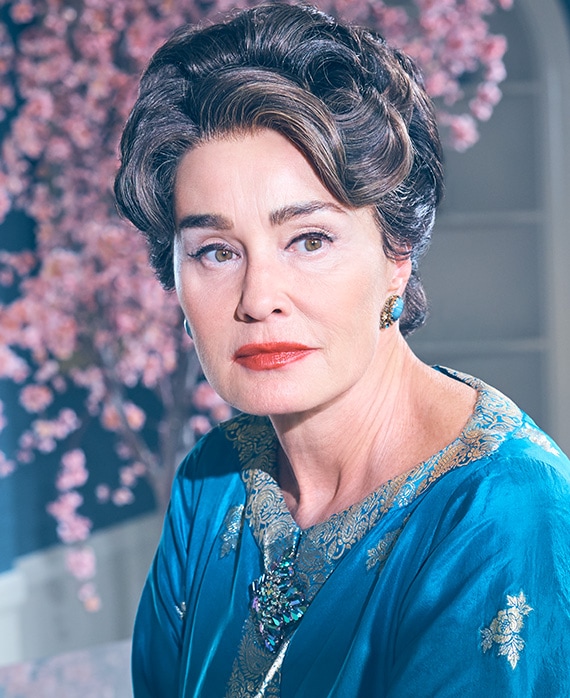 Jessica Lange is a Producer and stars as legendary actress Joan Crawford in the FX anthology series FEUD: Bette and Joan, from Executive Producer Ryan Murphy.

Acclaimed as one of the greatest actresses of her generation, Jessica Lange has dazzled the screen with over 30 credits to her name. Making her Hollywood debut in John Guillermin’s King Kong opposite Jeff Bridges and Charles Grodin, Lange won a Golden Globe® for Best Acting Debut in a Motion Picture. Since then, she has permanently placed her name amongst the Hollywood elite, earning a total of two Academy Awards®, three Emmys®, five Golden Globes, a Tony Award®, and a SAG Award®.

Throughout her longstanding career, Lange has continued to take on diverse roles in many acclaimed film and television projects. She received dual Academy Award and Golden Globe nominations for her challenging performances in Frances and in Sydney Pollack’s memorable comedy Tootsie starring opposite Dustin Hoffman, for which she took home the Oscar for Supporting Actress. She won her second Oscar in 1994 for Best Actress in Blue Sky, which she starred opposite Tommy Lee Jones. Lange has also starred in legendary films such as Sweet Dreams, Music Box, The Postman Always Rings Twice, Country, Rob Roy, and Cape Fear.

Lange’s presence on the television screen has been just as prominent. In 1996, she picked up her first Emmy nomination for the made for TV adaptation of A Streetcar Named Desire in which Lange played “Blanche DuBois.” Since then, she also starred in Normal, Sybil, Grey Gardens, and the critically-acclaimed American Horror Story.

In American Horror Story: Coven, the show’s third installment, Lange starred as “Fiona Goode,” Supreme witch of the Salem descendants. Her mesmerizing performance earned her the 2014 Primetime Emmy Award for Outstanding Lead Actress in a Miniseries or Movie, as well as 2014 Golden Globe and SAG Awards nominations.