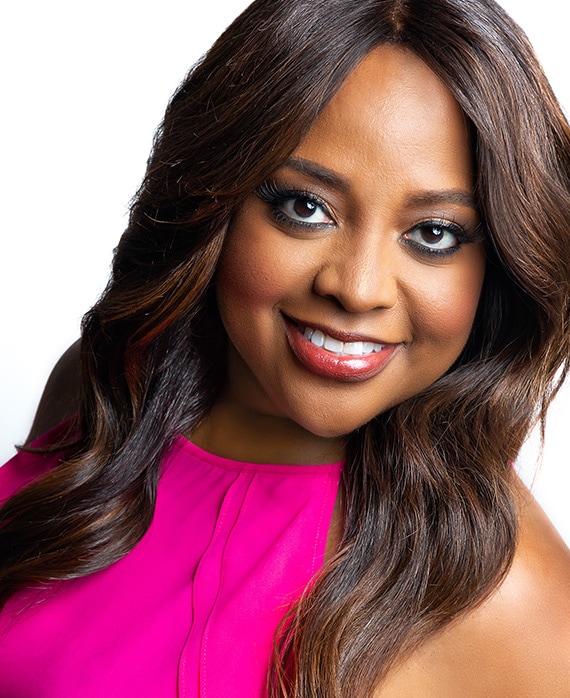 Sherri Shepherd is a renowned actress, Emmy® Award-winning co-host, comedienne and best-selling author. Whether on stage or screen, her magnetic personality and hilarious sense of humor never fail to delight audiences.

Shepherd co-stars in the Netflix comedy series Mr. Iglesias. She will also co-star in the upcoming Netflix musical A Week Away, slated to premiere in 2021. Through her own production company, Faith Walker, Shepherd recently launched her podcast Two Funny Mamas with fellow actress Kym Whitley. She joined the FOX syndicated series Dish Nation as a co-host in August 2020. Shepherd recurs opposite Kyra Sedgwick in ABC's comedy series Call Your Mother, which premiered in January 2021.

In 2019, Shepherd had roles in multiple film and television projects. She co-starred in the biopic Brian Banks alongside Aldis Hodge, Morgan Freeman and Greg Kinnear, and she appeared in the Netflix movie Walk. Ride. Rodeo. Shepherd served as a weekly co-host of the nationally syndicated radio program “The Tom Joyner Morning Show.” Additionally, she co-hosted The View from 2007 to 2015. In 2009, along with her co-hosts, Shepherd won a Daytime Emmy for “Outstanding Talk Show Host” on The View, was included in TIME’s “100 Most Influential People in the World” and named one of Forbes’ “30 of the Most Influential Women in Media.”

Shepherd was the first African-American woman to host a game show when she hosted four seasons of The Newlywed Game. She also portrayed the first African-American version of the “Evil Stepmother” in the Broadway production of Rodgers & Hammerstein’s Cinderella. Shepherd has also co-starred in several primetime series including Trial and Error, Rosewood, Man with a Plan, 30 Rock, How I Met Your Mother, Everybody Loves Raymond and The Jamie Foxx Show. She starred in and executive produced her own Lifetime sitcom Sherri and starred in the comedy stand-up special Sherri Shepherd: It’s My Time to Talk. Her film credits include One for the Money, Top Five, Precious, Woodlawn, Madagascar: Escape 2 Africa and Beauty Shop.

Shepherd is the author of two books: Plan D: How to Lose Weight and Beat Diabetes (Even If You Don't Have It) and Permission Slips: Every Woman's Guide to Giving Herself a Break.
See All Shows