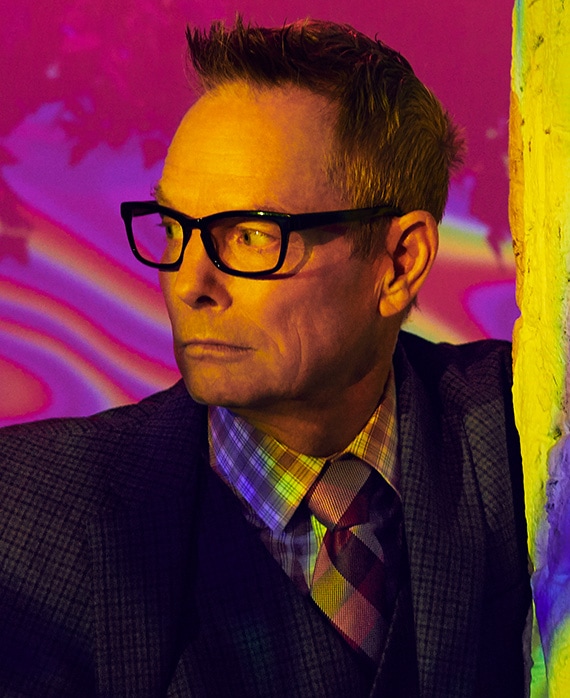 Bill Irwin plays the brilliant geneticist “Cary Loudermilk,” who is Kerry’s counterweight; a scalpel to her hammer. Quiet and reserved, he’s often mistaken as shy. But once you get to know him, Cary is a slyly funny, thoughtful, brave man who’d fall on his sword for those he loves, especially his closest friend, Kerry.

Irwin began his career as an actor and vaudeville-style performer, but is also a producer, director, writer and choreographer with an extensive list of credits to his name.

After graduating from Oberlin College with a degree in Theater Arts, Irwin went on to graduate from Ringling Bros. and Barnum & Bailey's Clown College. An original member of Kraken, the theater company directed by Herbert Blau, Irwin is also an original member of Pickle Family Circus out of San Francisco, CA.

In the theater, Irwin has created and produced original works over the years including Fool Moon, Old Hats, Largely New York, The Harlequin Studies and The Regard of Flight. His theater acting credits include Show Boat, Bye Bye Birdie, The Goat, Broadway and London's West End revival of Who's Afraid of Virginia Woolf?, for which he won the 2005 Tony Award® for Best Actor in a Play, King Lear, Accidental Death of an Anarchist, Waiting for Godot and Texts for Nothing.

Irwin has won many awards during his illustrious career including a National Endowment for the Arts Choreographer's Fellowship, as well as Guggenheim, Fulbright and MacArthur Fellowships.