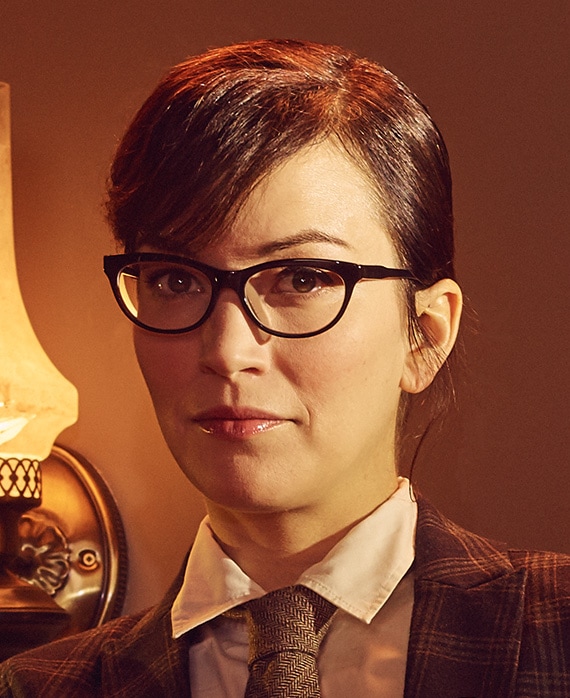 Britt Lower stars as “Liz Greenberg”, Josh's older sister who is having a great year. Her law career is rapidly progressing and her confidence is at an all-time high. Unfortunately, her achievements are completely overshadowed by Josh’s love-life. This season will test her relationship with her Mom and Stepdad and open up some old family wounds.

Artist, actor, writer Britt Lower trained with Chicago's improv community while studying theater and art at Northwestern University. She recently shot a co-starring role in Noël Wells' feature film and directorial debut, Mr. Roosevelt. Additionally, Lower recently appeared as a major recurring role on the Golden Globe®- nominated, Casual, on Hulu. She can also be seen in a supporting role opposite Tina Fey and Amy Poehler in the feature, Sisters. Other film credits include the indie features Beside Still Waters, Domain, Don't Worry Baby, The Shells, Those People, and Revenge for Jolly! with Oscar Isaac.

In television, Lower recurred on the CBS series Unforgettable, Comedy Central's Big Lake with Horatio Sanz and Chris Parnell and has guest starred on A Gifted Man, Next Caller, and New York actor-requisite: Law and Order: SVU. Theatre credits include New York downtown premieres of Hatching, Thin Air, The Dome, The Seasons of Salamander Blue and A Different Kind of Animal.

Lower still performs improv in Brooklyn and Los Angeles where she also plays basketball on the LA Municipal Women's basketball league. She is currently writing her first feature and illustrating a children's book. Her visual art portfolio can be seen at www.brittlower.com.