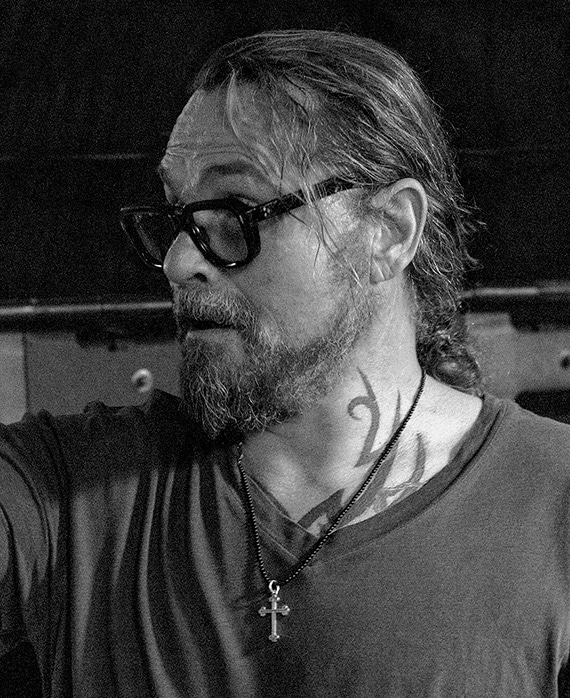 Raised in the suburbs of Central New Jersey, Kurt Sutter spent most of his childhood indoors, avoiding people, three feet from a TV screen. That’s where he learned the essentials of storytelling and that extreme violence, if performed by animated, slightly absurd characters, could be fun and informative.

After graduating from Rutgers University with a B.A. in Mass Media & Film, Sutter spent several years as an actor in N.Y.C., performing in Off-Broadway theaters, meatpacking warehouses, indiscriminate lofts and NYPD holding cells. His theater training led to teaching and directing and in the mid-nineties he joined the faculty of The Gately-Poole Acting Studio on Theatre Row, teaching the Sanford Meisner Technique and directing productions at The Nat Horne Theatre.

In 1997, Sutter was awarded a M.F.A. Fellowship to attend Northern Illinois University. In Chicago, his exposure to the dramatic masters - Strindberg, O'Neill, Genet - inspired him, and he began writing unproducible plays and cultivating ideas for the screen. After graduating with a Master of Fine Arts, Sutter moved to Los Angeles where he began writing. In 2001, he landed a gig on FX's The Shield. Starting as a staff writer on the first episode, he stayed on The Shield until the end of the series, finishing up the last two seasons as an Executive Producer.

In 2008, Sutter created the critically acclaimed drama series Sons of Anarchy for FX. Its seven-year run is the most successful drama series in the history of the network. Sutter followed up SOA with the series, The Bastard Executioner. Set in 14th century Wales and filmed on location, the series starred Katey Sagal, Lee Jones and Stephen Moyer.

Sutter recently announced a new comic book collaboration with award-winning BOOM! Studios. Sutter previously partnered with BOOM! to create a Sons of Anarchy comic book as well as the original series, Lucas Stand, about a veteran turned hit man for Hell. Their newest collaboration, Sisters of Sorrow, centers on victims of abuse who spin their pain into vengeance through the cover of vigilante nuns.

Sutter and his wife, Katey Sagal, live in Los Angeles with their three children, Sarah, Jackson and Esme.