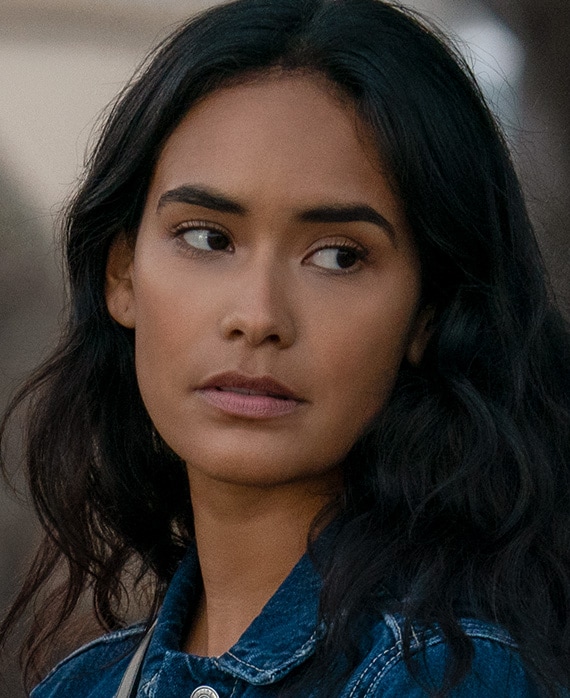 Sulem Calderon portrays "Gabriela Castillo." Newly-immigrated, Gaby looks to leave the darkness of her past behind as she builds a new life in the U.S.

Calderon made her on-screen debut as the title role in the feature film, Nona, directed by Michael Polish and executive produced by Kate Bosworth. Calderon can next be seen alongside Dwayne Johnson in Disney's Jungle Cruise, set to premiere in summer 2021.