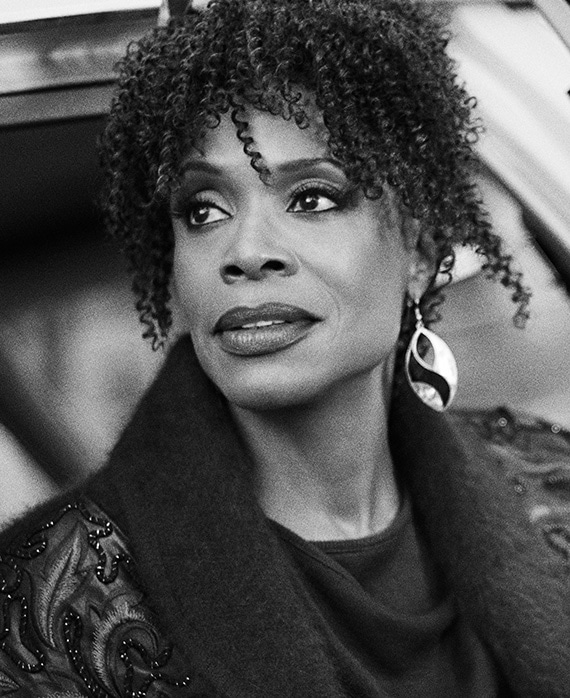 Dean of the New School for Dance, "Helena St. Rogers," portrayed by Charlayne Woodard, is a renowned dance instructor with an eye for emerging talent. After taking a special interest in Damon, Helena becomes a trusted adviser.

Woodard is a two-time Obie Award winner and a Tony® Award nominee. Broadway credits include the original company of Ain’t Misbehavin’ (Tony and Drama Desk nominations). Off-Broadway credits include Hamlet, directed by Sam Gold; War, by Branden Jacobs-Jenkins; the revival of the Substance of Fire by Jon Robin Baitz; directed by Trip Cullman, The Witch of Edmonton directed by Jessie Berger (Obie Award); Suzan-Lori Parks’ In The Blood (Obie Award); Fabulation… by Lynn Nottage; Stunning by David Adjmi; Sorrows and Rejoicings by Athol Fugard (Audelco award); and The Caucasian Chalk Circle directed by George C. Wolfe.

Television credits include the title role in the Showtime movie, Run For The Dream: The Gail Devers’ Story; Oprah Winfrey’s The Wedding, as well as recurring roles on Law & Order: Special Victims Unit; ER, Terminator: The Sarah Connors Chronicles, Chasing Life, The Leftovers and The Blacklist.

Woodard trained at Goodman School of Drama and is a lifetime member of The Actor’s Studio. She serves on the Dramatist Guild Council, The Council of Actors’ Equity Association, the Board of Directors at The La Jolla Playhouse; and is a fellow of the Sundance Film and Theatre Labs, Ojai Playwrights Conference and the Marble House Project. She has also been invited to be a guest artist at the University of Southern California and CalArts.