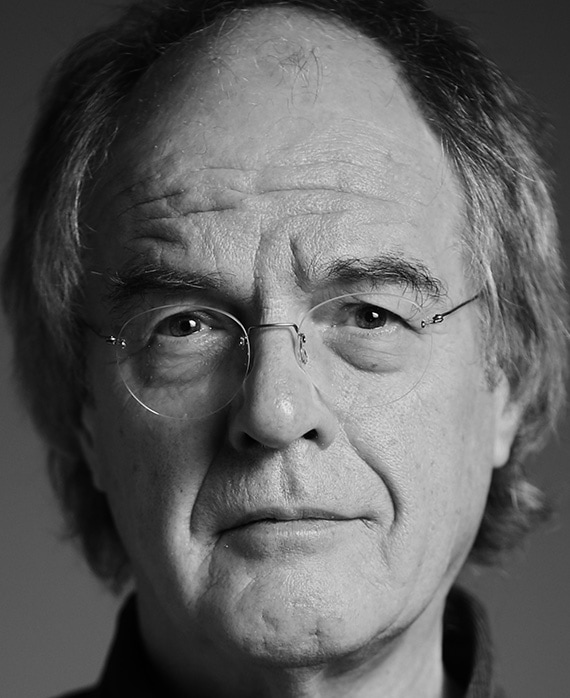 Chips Hardy went up to Cambridge as an English scholar. He once edited a poetry magazine but is over it now. And so are they. Years later, he’s a Global Creative Director in advertising.

Hardy has written for television, film, theater, novels and stand-up material. This has produced — amongst other things — a TV drama series called Gentlemen and Players, a children’s series with a talking chair called Helping Henry, television drama with Maureen Lipman, and a British Comedy Award for work with Dave Allen. He’s currently a consulting producer and writer on the upcoming BBC1 and FX drama series Taboo, with son Tom. Other productions are in development through their company Hardy, Son and Baker.

His novel Each Day A Small Victory was published in 2007 in the form of frontline dispatches from amongst the wildlife in an English country lay-by. Blue on Blue, a dark comedy examining the vagaries of self-harm and co-dependency, first showcased — directed by Tom Hardy — at the Latchmere 503, and has recently been restaged at the Tristan Bates Theatre. A one woman dysfunctional Cabaret, There’s Something In The Fridge That Wants To Kill Me!, ran notably at the Edinburgh Festival.

He’s survived machetes in Guadalupe, bombs in Gaza, local hospitality up the Orinoco and many of life’s more dysfunctional behavior patterns.