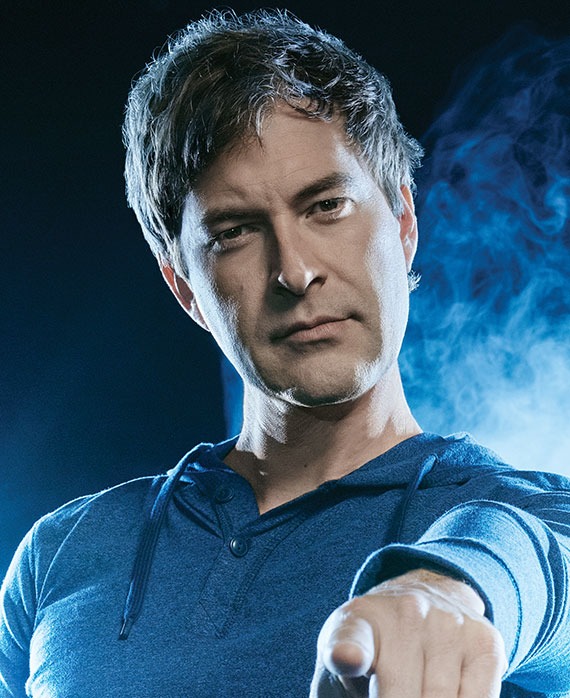 Mark Duplass plays “Pete,” a troublemaker who’s charming enough to talk his way out of 70% of the messes he gets himself and his friends into. Pete has successfully rebelled against adulthood: he may be a divorced man-child with an uninspiring job - but in fantasy football he’s a stud, lording over the League with ease and élan. The only thing he loves more than winning is rubbing it in - and thus has declared himself "Sacko Commissioner." But this season the Sacko Commissioner faces his greatest challenge: Taco. How do you punish a guy who hardly knows he’s in a League. And things will get even rougher for Pete when his ex, Meegan (Leslie Bibb), comes back into the picture…


Duplass is an award-winning filmmaker, producer, and actor who is a force to be reckoned with in the world of indie film and television, having burst onto the indie scene with the Independent Spirit Award-nominated The Puffy Chair. He currently stars in the acclaimed HBO series Togetherness, which he also writes and produces.


He has starred in a number of films including Lynn Shelton's Your Sister's Sister (for which he won a Gotham Award), Charlie McDowell's The One I Love and Patrick Brice's Creep, which premiered at SXSW in 2014. Some other notable acting credits include wide ranging roles in Zero Dark Thirty, Tammy (opposite Melissa McCarthy), Safety Not Guaranteed (which he also produced), Humpday, and Hannah Takes the Stairs. Duplass also has a recurring role on FOX's The Mindy Project.


With his brother, Jay Duplass, Mark helms the production company Duplass Brothers Productions, including such notable titles as Patrick Brice's The Overnight, Sean Baker's Sundance hit Tangerine, Hannah Fidell's 6 Years, and Bryan Buckley's The Bronze. Past notable Duplass Brothers Productions include Safety Not Guaranteed (in which he also starred), The Skeleton Twins (starring Bill Hader & Kristen Wiig), and Adult Beginners (starring Nick Kroll and Rose Byrne). Other acclaimed films written, directed and produced by the brothers include Cyrus and Jeff Who Lives at Home.