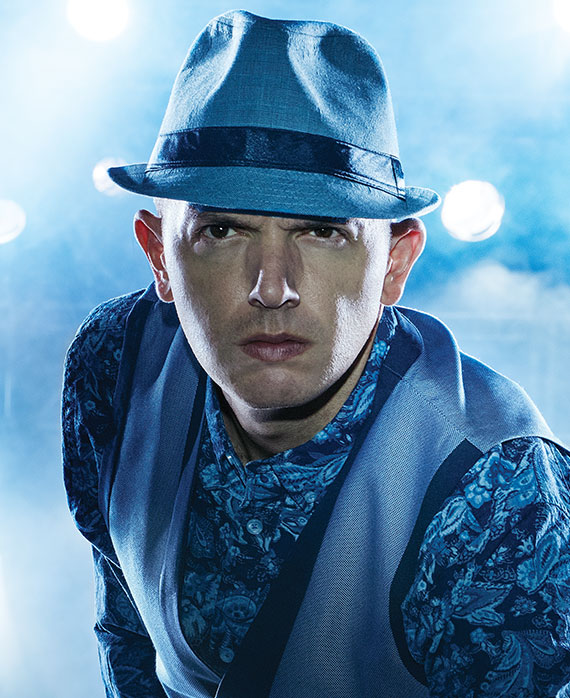 Paul Scheer plays “Andre.” He was the punching bag of the group in high school. Now that he’s a well-established plastic surgeon and is by far the most successful… absolutely nothing has changed. His friends still pick on him, get into his head, and rattle him into bad trades and stupid mistakes. At the end of last season, Andre lost his restaurant, but won the Shiva, and the Laguna Beach house that came with it. The fact that it burned down seconds after he won it has not deterred Andre from celebrating “The Year of the Dre.”


Scheer is an actor, writer, and comedian who has established himself as one of today’s go-to comic actors in film and television. Scheer recently wrapped production on TWC-Dimension’s comedy Army of One, alongside Nicolas Cage, Rainn Wilson and Russell Brand. The Larry Charles (Borat) directed film is based on a true story about an American civilian who sets out on his own to find Osama Bin Laden. He will also reprise his recurring role of “Mitch,” a high energy host at Mr. Huang’s (Randall Park) steakhouse on the hit comedy Fresh Off The Boat. Scheer appeared in the highly anticipated series Wet Hot American Summer: First Day of Camp, a prequel to the cult 2001 comedy film.

Scheer will next be seen on the big-screen alongside Will Ferrell and Mark Wahlberg in Paramount Pictures’ comedy Daddy’s Home out Christmas Day. He recently wrapped production on the musical comedy One Shot, where he co-stars alongside Topher Grace, Anne Heche and Taye Diggs. The film follows a failed Broadway singer who now works as a production manager and must save opening night on his new production by wrangling his eccentric cast and crew. Scheer’s other feature film credits include the independent comedy Hell Baby opposite Leslie Bibb, Thomas Lennon, Rob Corddry & Rob Huebel, Dimension Films’ cult hit thrillers Piranha 3D and Piranha 3DD, and the Lionsgate comedy Rapturepalooza opposite Anna Kendrick and John Francis Daley. In addition, he’s appeared in scene stealing roles on the big screen in Bride Wars, Year One, and School for Scoundrels.

This fall, Scheer will return for the second season of the spoof comedy The Hotwives, playing two different roles throughout season that now follows a new cast to Las Vegas. He also serves as an Executive Producer on the series. Scheer was last seen in the hit comedy NTSF:SD:SUV, a series about a clandestine team of government agents working together to protect San Diego. He created, co-wrote and executive produced the series. Scheer may be best known for his work on the hit sketch comedy series Human Giant, which he co-created and wrote alongside Aziz Ansari and Rob Huebel. Additionally, Scheer recurred on the Golden Globe® and Emmy® award-winning 30 Rock, as "Donny," the head page. His other recent memorable guest-starring appearances include Modern Family, Parks and Recreation, Drunk History, Burning Love, Adventure Time, Happy Endings, Party Down and Children’s Hospital. Scheer was also seen telling the Knock-Knock Joke of the Day alongside Jack McBrayer on the wildly popular series Yo Gabba Gabba.

Venturing into the digital space, Scheer created his own podcast “How Did This Get Made?” which celebrates and tries to make sense of questionable films in cinema. The podcast is consistently featured in the top 10 comedy podcasts on iTunes. Scheer also launched a web series called the “ArScheerio Paul Show,” where he re-creates interviews from Arsenio Hall’s original show. The web series was voted USA Today’s Top Viral Hit of 2014 and awarded a 2015 Honoree Webby for Best Individual Performance Online Film & Video. Scheer co-hosts “Crash Test” a live special streamed on Vimeo, in which Scheer and Rob Huebel tape on a moving glass bus, based on the highly popular UCB Show, with appearances by Aziz Ansari, Rob Corddry, Aubrey Plaza, Jack McBrayer, Natasha Leggero, among others. Scheer also produces the web series titled “SCHEER-RL,” in which he recreates “TRL” episodes, honoring Carson Daly’s honorable run as host of the MTV show. LA Weekly named Scheer one of the most interesting people of 2010 and he has been on Variety’s “Comics to Watch” list as well as AP Magazine’s “Favorite Comedians” list.

Scheer currently lives in Los Angeles with his wife, actress and screenwriter, June Diane Raphael and their son.