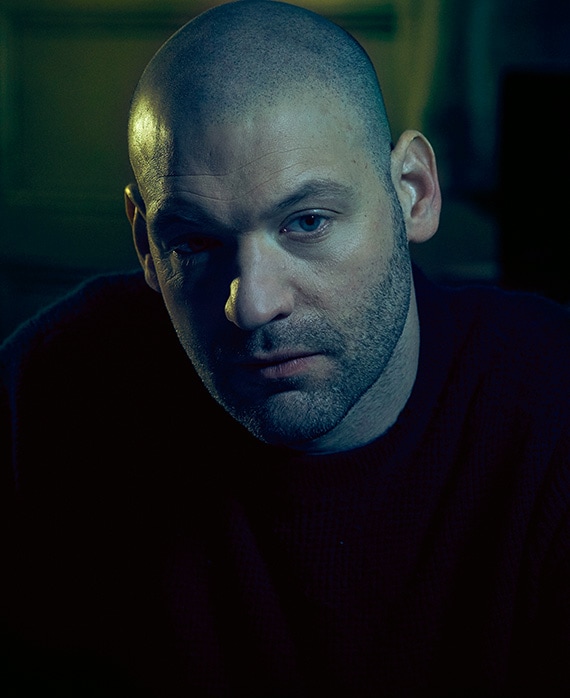 After his own son triggered the nuke that brought about the apocalypse, Eph can't help but blame himself. Haunted by guilt and shame, Eph leaves both New York City and the fight behind for Philadelphia where he trades his medical skills for supplies and sustenance. But it's there that he meets Alex, a fiery resistance fighter who challenges his passive position.

When his exploits with Alex lead to a terrible discovery about the Master's end game, Eph is drawn back to New York, back to the fight, and back to his son.

A dynamic and versatile actor, Corey Stoll has become a favorite of critics and audiences alike.

Best known for his Golden Globe® nominated turn as “Congressman Peter Russo” in the Netflix series House of Cards and for his appearance as “Ernest Hemingway” in Woody Allen’s Midnight In Paris (Independent Spirit Award nomination), Stoll was also recently seen reprising the role of “Dill Harcourt” in the HBO comedy Girls. In 2016 he also appeared in his second Woody Allen film, Café Society, plus Stephen Gaghan’s Gold opposite Matthew McConaughey.

Stoll’s additional films include Marvel’s Ant-Man, Black Mass and This Is Where I Leave You. In addition to The Strain, his television credits include a starring role on NBC’s Law & Order: LA as well as roles in HBO’s The Normal Heart and Showtime’s Homeland.

After graduating from N.Y.U./Tisch with an M.F.A. in 2003, Stoll landed his first professional acting job in Lynn Nottage’s Intimate Apparel (Drama Desk Award nomination in N.Y. and Drama Critics Circle Award in L.A.). Other memorable theater outings include appearances opposite Rachel Weisz in the recent New York revival of Plenty; and opposite Liev Schreiber in Gregory Mosher's Broadway revival of Arthur Miller’s A View from the Bridge. Stoll will also be back on stage playing “Brutus” in Oskar Eustis' production of Julius Caesar at The Public’s Delacorte Theater in Central Park.

Stoll lives in Brooklyn with his wife and son.