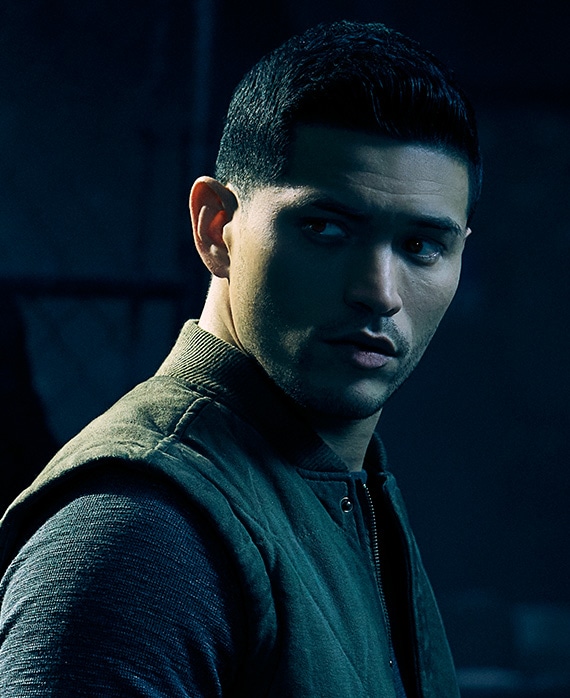 Having lost everyone close to him, Gus abandons the crusade against the Master and partners with an unlikely ally, Alonso Creem. Together they run an underground market, dealing contraband goods to New York's off-the-grid populace. Gus recruits a family member for a big score and as tensions rise, above-ground and below, he is once again faced with losing everything.

Miguel Gomez is quickly establishing himself as a unique and rising talent through his current and upcoming projects.

Gomez was last seen in theaters across the country starring opposite Jake Gyllenhaal and Rachel McAdams in Antoine Fuqua’s Southpaw. In the film, Gomez plays boxer “Miguel Escobar,” the rival of Gyllenhaal’s “Billy Hope.” The film was released in 2015 by The Weinstein Company.

His previous credits include Carl Franklin’s Bless Me Ultima as well as The Domino Effect opposite James D’Arcy for Oscar®-nominated director Paula van der Oest. Gomez also appeared as the lifeguard “Ramon” in the critically-acclaimed “Miami” episode of FX’s Louie.

Gomez will next be seen in two very different films, the thriller Pacific Standard Time as a charismatic criminal caught in a love triangle with co-stars Alex Russell and Willa Holland, and as a Brooklyn-born soldier in the war drama Leavey opposite Kate Mara.