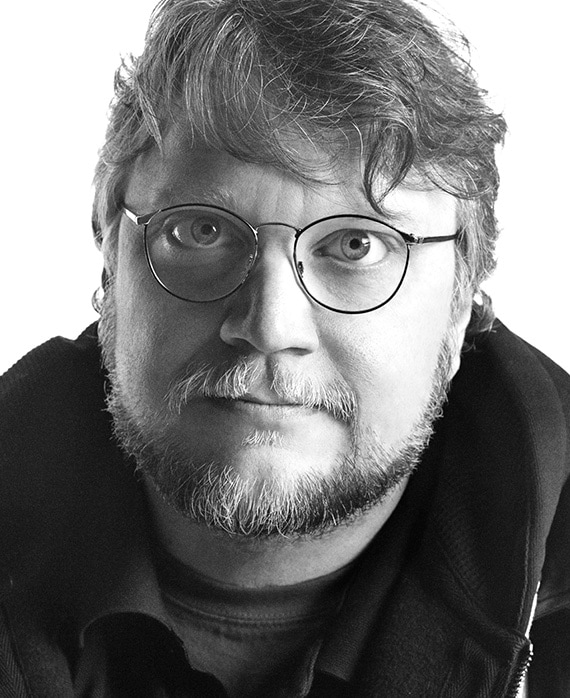 Guillermo del Toro is among the most creative and visionary artists of his generation. His distinctive style is showcased through his work as a filmmaker, screenwriter, producer and author. Born in Guadalajara, Mexico, del Toro first gained worldwide recognition for the 1993 Mexican-American co-production Cronos, a supernatural horror film, which he directed from his own screenplay after beginning his career working as a special effects makeup artist. The film premiered at the 1993 Cannes Film Festival, where it won the Mercedes-Benz Award and over 20 other international awards. Of those, eight were Ariel Awards from the Mexican Academy of Film, including Best Director, Best Screenplay and the Golden Ariel.

del Toro then directed and co-wrote the supernatural thriller The Devil’s Backbone, which along with Cronos has appeared repeatedly in Top Ten lists of the best genre films of all time.

del Toro earned international acclaim as Director, Writer and Producer of the 2006 fantasy drama Pan’s Labyrinth. He was honored with an Oscar® nomination for his original screenplay for the film, which received five additional nominations including Best Foreign Language Film, and won Academy Awards® for Art Direction, Cinematography and Makeup. In all, the film garnered more than 40 international awards and appeared on more than 35 critics’ lists of the year’s best films.

In 2013, del Toro wrote and directed the epic sci-fi action-adventure Pacific Rim starring Charlie Hunnam and Idris Elba. He also created the “couch gag” for the 24th annual “Treehouse of Horror” Halloween episode of The Simpsons, which garnered over 20 million views on YouTube.

His most recent feature is the gothic romance Crimson Peak, which he co-wrote with Matthew Robbins for Legendary and Universal Pictures. The film, released in October of 2015 stars Mia Wasikowska, Tom Hiddleston, Jessica Chastain and Charlie Hunnam. del Toro is currently completing The Shape Of Water, which he co-wrote and directed and which Fox Searchlight will release domestically.

On the animation front, del Toro, through his overall deal with DreamWorks Animation, has been an executive producer on the films Kung Fu Panda 2, Kung Fu Panda 3, Puss in Boots and Rise of the Guardians. He created, executive-produced and co-directed the new Netflix/DreamWorks Animation hit series Trollhunters. del Toro produced The Book of Life for Fox Animation and Reel FX. He is also developing and will co-direct an adaptation of Carlo Collodi’s Pinocchio, as a 3-D, stop-motion feature, produced with The Jim Henson Company.

del Toro has also turned his attention to publishing. With novelist Chuck Hogan, he co-authored the vampire horror novel The Strain, which was published in June 2009 by William Morrow. They have since collaborated on The Fall and The Night Eternal, which make up The Strain Trilogy. All three books debuted as The New York Times top-ten bestsellers. Additionally, in 2015, Hyperion Press published Trollhunters, a fantasy-adventure novel co-written by del Toro and Daniel Kraus, which is the basis for the DreamWorks Animation television series.

del Toro and Hogan are also Co-Creators and Executive Producers of FX’s hit series based on The Strain. And Dark Horse Comics has published a graphic novel series adapted from the trilogy.