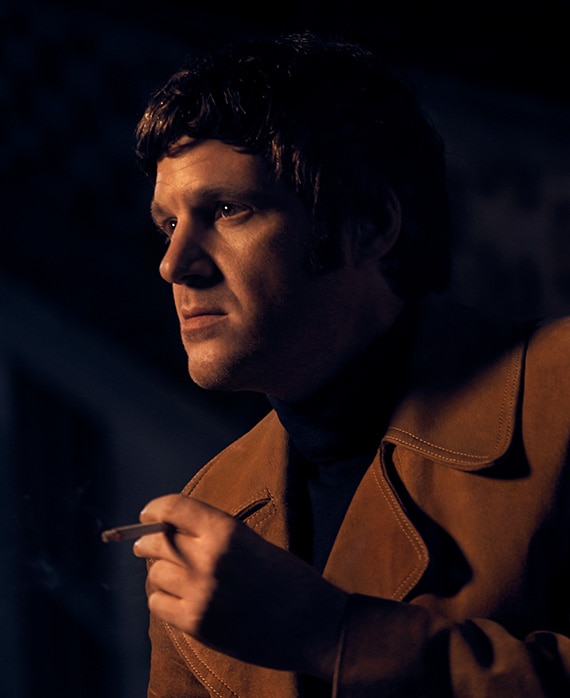 Michael Esper stars as J. Paul Getty Jr. in the dynastic saga Trust. Inspired by actual events, FX’s new drama series delves into the trials and triumphs of one of America’s wealthiest and unhappiest families, the Gettys.

Esper is a New York actor well known for his numerous and varied roles on Broadway, in television and in film.

Esper originated the role of “Will” in the Tony Award-winning musical, American Idiot, as well as the role of “Curtis” in Nicky Silver’s critically acclaimed play, The Lyons. He also originated the role of “Gideon Fletcher” in the Broadway musical, The Last Ship, directed by Joe Mantello with music written by Sting, then went on to originate the role of “Valentine” in the famed David Bowie musical, Lazarus, which made its debut at New York Theater Workshop before moving to London. The New York Times calls Esper’s performance one of that year’s “Best Stage Moments.” Esper is a recipient of the prestigious Clarence Derwent Award for Outstanding Theater Performances.

Additional theater credits include the Broadway production of A Man for All Seasons, Tony Kushner’s The Intelligent Homosexual’s Guide to Capitalism and Socialism with a Key to the Scriptures, a role he originated and which premiered at The Guthrie Theater. The play would go on to open at The Public Theatre. Off-Broadway, Esper originated the role of “Nick” in the Leslye Headland play, Assistance, for Playwrights Horizons, and the role of “Bela” in Tales from Red Vienna, opposite Nina Arianda at MTC. He is also known for roles in The Agony and The Agony (Vineyard Theatre), As You Like It (The Public Theater), Big Bill (Lincoln Center Theater), Crazy Mary and Manic Flight Reaction (Playwrights Horizons), The Four of Us (Manhattan Theatre Club), and Suburbia (Second Stage Theatre). Regional credits include Long Day’s Journey into Night (Druid Theatre Company and the Dublin Theatre Festival) and Edward Albee’s Me, Myself, & I (McCarter Theatre).

Esper’s television credits include recurring roles on Showtime’s Nurse Jackie, NBC’s Shades of Blue, and ABC’s The Family. His guest starring roles include Halt & Catch Fire, Person of Interest, The Good Wife, Bunker Hill and Law & Order. He was a series regular on NBC’s Do No Harm.