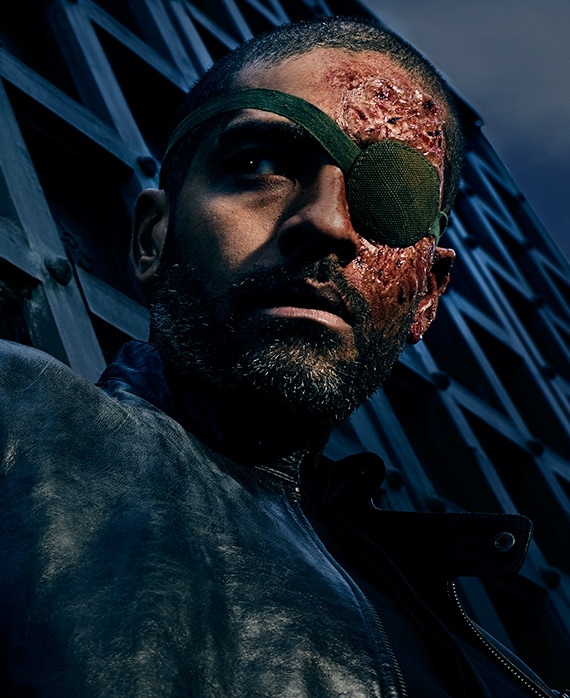 Alexander Karim plays “Ihab Bin Rashid,” a rising leader within the Caliphate who has only grown more powerful and destructive since the death of his wife, Samira, by Barry’s hands. Revenge is on Ihab’s mind as much as power – it’s not rational and it makes him more dangerous than ever.

Swedish-born actor Alexander Karim has been acting in movies, television and theater in Sweden since 2000. After training in the United States, Karim moved back home to Sweden and has since appeared in over 40 productions and several plays.

Internationally, Karim can be seen in Kathryn Bigelow’s Zero Dark Thirty, and the highly acclaimed British miniseries The Last Weekend. Karim also starred in Swedish feature film The Perfect Heist, which premiered in Europe early 2015. He is also known for his role on the hit Swedish television series Falk. In 2014, Karim made his first major venture into American cinema, starring opposite Nicolas Cage in Paul Schrader’s thriller The Dying of the Light.

Karim will next star as the lead role “Bubu” in Double Play, directed by Ernest Dickerson, a film based on the Curacaoan author Frank Martinus Arion’s internationally acclaimed novel by the same name. The film is set to be released in 2016.
See All Shows