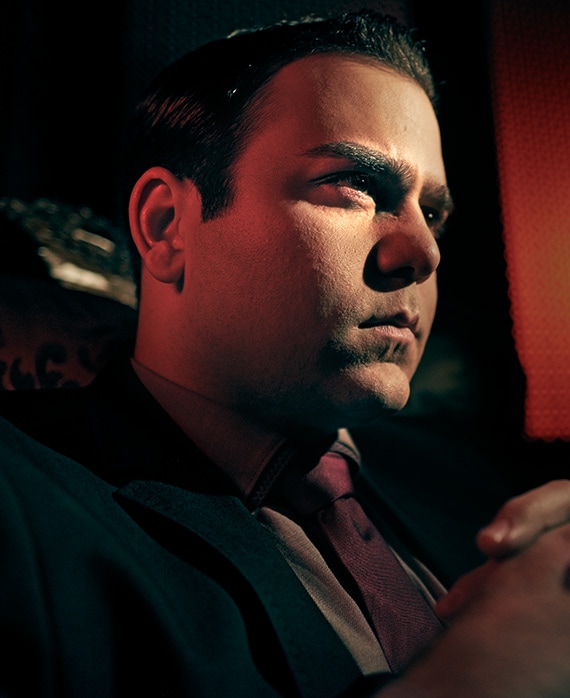 Cameron Gharaee plays “Ahmed Al-Fayeed,” the only son of Jamal and Leila. Ahmed always thought, for better or worse, that he was heir to his father’s reign. But his wife’s assassination attempt on Jamal’s life has thrown everything off balance, and he finds himself both physically and emotionally pulled in different directions, somehow leaving him more lost and in need of direction than ever.

Gharaee got his start at the famous Groundlings Theater, which led to him being discovered by Aaron Sorkin, who then created a recurring role on HBO’s The Newsroom specifically for Gharaee, where he played the charming yet obnoxious “Stillman.”

Gharaee is from Brandon, Mississippi and currently resides in Los Angeles. When he isn’t acting, he is busy writing, playing and recording music.