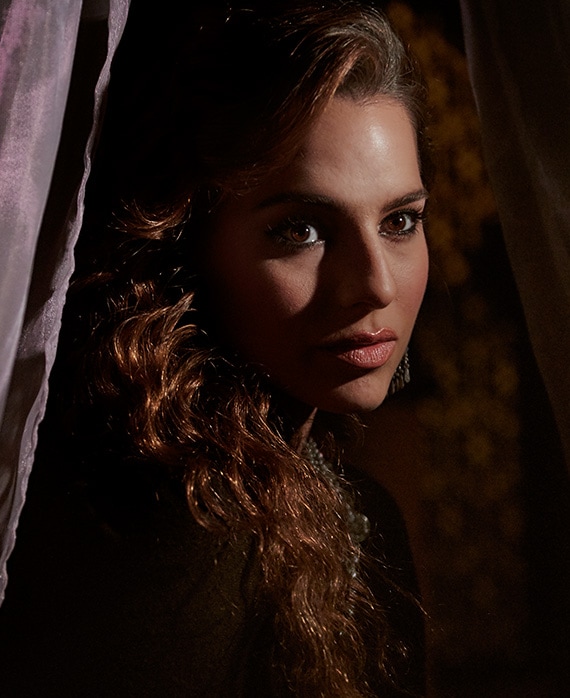 Melia Kreiling plays “Daliyah Al-Yazbek,” a Bedouin woman from a small village who rescued Barry when he was left for dead in the desert by his brother. Daliyah found herself part of his revolution and fell in love with him. Along with Barry, she became something of a folk hero as they led the people against the Caliphate and towards freedom. Beautiful, wise (even if uneducated), inherently honest and good, Daliyah’s self-actualization as a woman and leader is everything right with what Barry is trying to do for his native land. But with Barry as President, she finds herself struggling with what her role is with Barry and the future of her country Abuddin.

Best known for her role as “Bereet” in James Gunn’s box office hit Guardians of the Galaxy, Melia Kreiling will next be seen as the female lead “Stella” in Red Bull’s highly anticipated first fiction feature film DxM, alongside Sam Neill and Tom Payne.DxM is due for release in 2016.

Kreiling’s other credits include the independent film Committed, a comedy set on location in Cyprus about love and madness; Roma Downey’s The Bible Series for The History Channel; and the independent horror film X-Moor.In 2015, she also starred in The Healer opposite Goya Award winner Oscar Jaenada and BAFTA winner Bill Patterson.Kreiling’s breakout role came in 2013 opposite Oscar® winner Jeremy Irons, in the Showtime drama The Borgias.

Half Greek and half American, Kreiling was raised in Athens, Greece. A trained dancer, she studied at the esteemed Northern School of Contemporary Dance in Leeds before a knee injury put an abrupt end to her dancing career and she pursued acting. Kreiling is a graduate of the London School of Dramatic Arts.