What We Do in the Shadows | Episodes | FX Networks 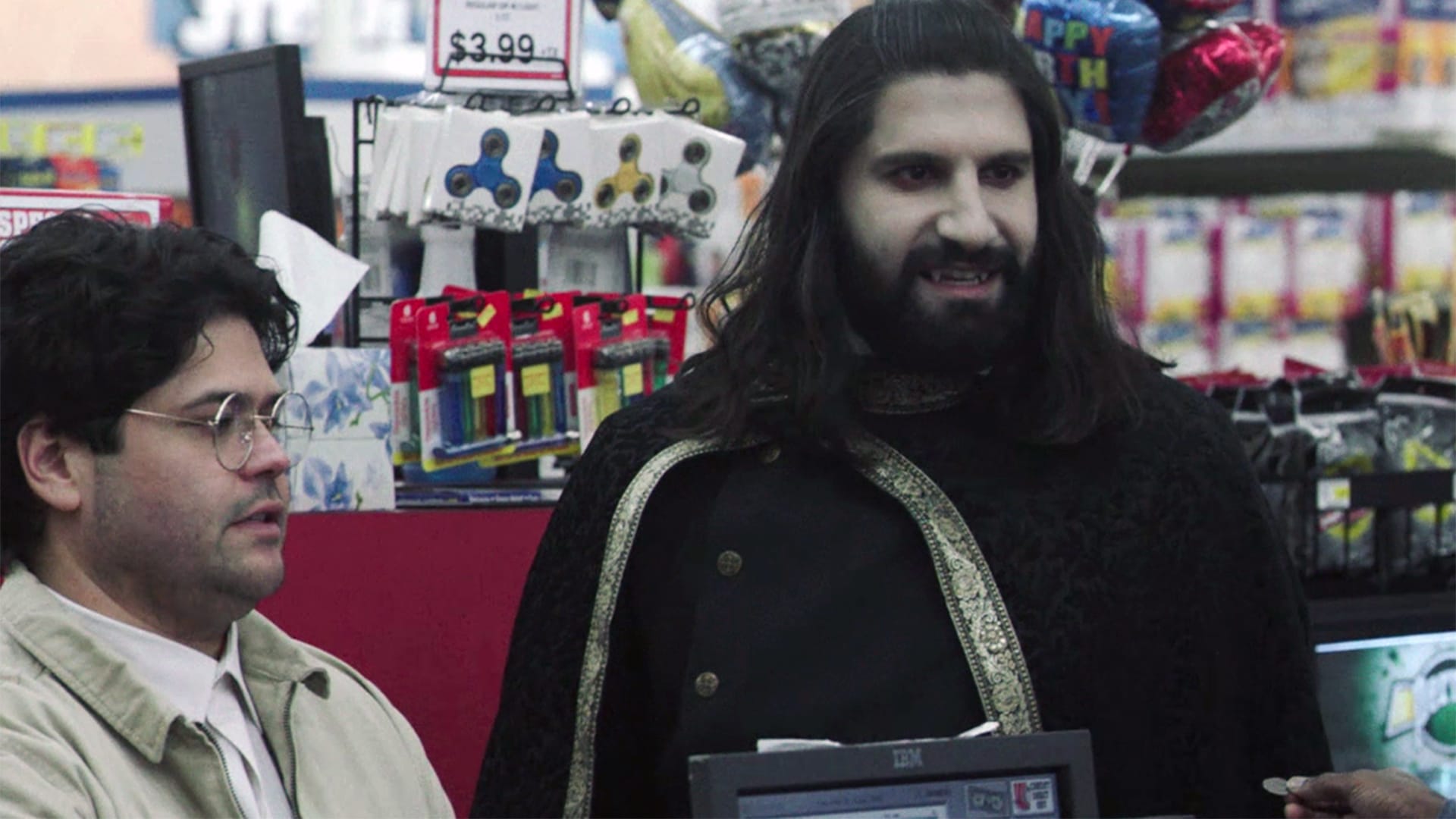 Based on the feature film of the same name from Jemaine Clement and Taika Waititi, What We Do in the Shadows is a documentary-style look into the daily (or rather, nightly) lives of four vampires who’ve “lived” together for hundreds of years. In Staten Island.

The self-appointed leader of the group is “Nandor The Relentless” (Kayvan Novak), a great warrior and conqueror from the Ottoman Empire, who has taken the helm of the group despite many of his Old World tactics resulting in what some might politely refer to as bupkis. Then there’s the British vampire “Laszlo” (Matt Berry) – a bit of a rogue and a dandy and a fop, he might say. He’s a lover of mischief and a great soirée, but not as much as he loves seeing Nandor fail miserably in every attempt. And then there’s “Nadja” (Natasia Demetriou): the seductress, the temptress, the vampiric Bonnie to Laszlo’s Clyde. Her wisdom and provocative tales from times past allow us insight into the many ups and downs of living an immortal life.

Also cohabiting in the vampire household is “Guillermo” (Harvey Guillén), Nandor’s familiar (a.k.a. servant/protector during the daylight hours), who wants nothing more than to be made a real vampire just like his master. Also lurking about is “Colin Robinson” (Mark Proksch), an energy vampire and day-walker of sorts -- he feasts on humans, but not on their blood. A frequent visitor is Nadja’s new friend, “Jenna” (Beanie Feldstein), a student at a nearby community college. She loves LARPing, boys, and art history, and for some reason has been rather confused lately as to why it is she so ravenously craves the flesh of the living.

After an unexpected visit from their dark lord and leader, “Baron Afanas,” the vampires are reminded of what they were initially tasked with upon their arrival in Staten Island over a hundred years ago – total and complete domination of the New World. But what exactly is the best way to go about achieving said domination? Our vérité camera crew follows along as the vampires set out to answer this query.

Clement created the 10-episode series. Clement, Waititi and Paul Simms are Executive Producers with Scott Rudin, Garrett Basch and Eli Bush. What We Do in the Shadows is produced by FX Productions and stars Matt Berry, Kayvan Novak, Natasia Demetriou, Harvey Guillén and Mark Proksch.