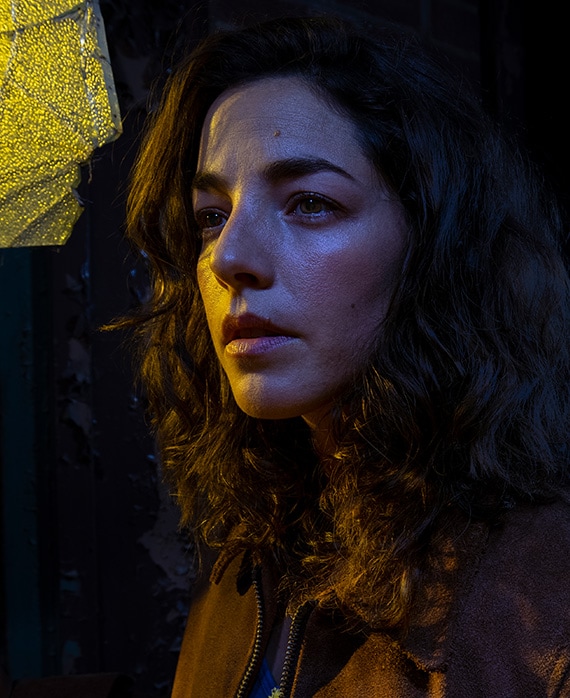 Olivia Thirlby stars as "Hero Brown," is a former perfectionist who has burnt out in a sea of unmet expectations. She is headstrong, sharp-tongued, smart and occasionally mean. She hides in substances and sex. She loves fiercely (her brother, her best friend Sam), but does not love herself. Her sharp edges cover a well of shame and make her a willing recruit for a dangerous group of women in the post-apocalyptic landscape.

Thirlby made her feature film debut in 2007 as the lead role in The Secret produced by Luc Besson, followed by a role in Paul Greengrass’ Oscar®-nominated film United 93. Next was Jason Reitman’s hit Juno, Kenneth Lonergan’s Margaret and David Gordon Green’s Snow Angels. She was also seen in the Sundance Film Festival award-winning The Wackness directed by Jonathan Levine, Paul Weitz’s Being Flynn with Robert De Niro and Paul Dano and Jeremy Garelick’s hit comedy The Wedding Ringer opposite Kevin Hart and Josh Gad.

A passion for Shakespeare and theater led Thirlby to train at the American Globe Theatre and the Royal Academy of Dramatic Art as a teenager. She made her Off-Broadway debut in Beau Willimon’s Farragut North directed by Doug Hughes at the Atlantic Theater Company and later reprised this role at the Geffen Playhouse in Los Angeles opposite Chris Pine. Thirlby teamed up with Paul Weitz for a second time Off-Broadway in his play Lonely, I’m Not directed by Trip Cullman at the Second Stage Theater. Thirlby’s most recent stage appearance was as “Romi Weil” in Eve Ensler’s O.P.C. at the American Repertory Theater in Cambridge, Massachusetts.

Thirlby returned to Sundance Film Festival most recently for The Stanford Prison Experiment opposite Billy Crudup and Ezra Miller. She was also seen at the Tribeca Film Festival starring in Rafael Palacio Illingworth’s Between Us with Ben Feldman as well as in Courteney Cox’s Just Before I Go with Seann William Scott and Garret Dillahunt. She also appeared in season one of Amazon Studios’ Goliath with William Hurt and Billy Bob Thornton.