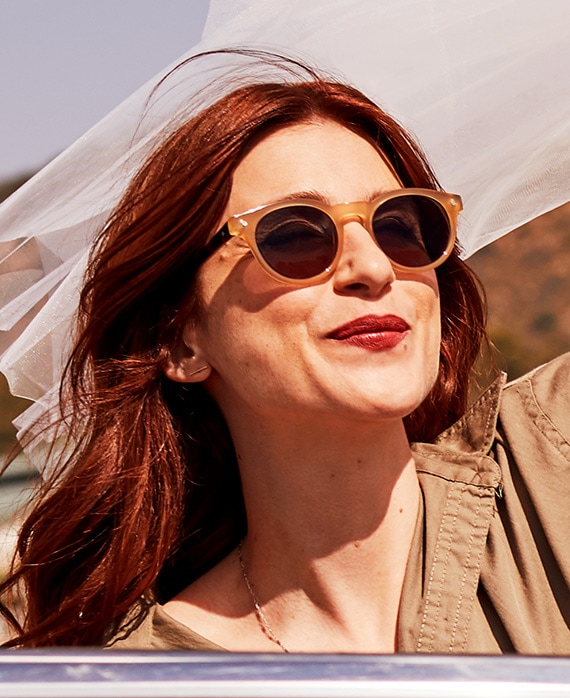 Cynical, stubborn, and fundamentally dishonest, “Gretchen” (Aya Cash) manages to defy expectations with everything she does. Gretchen handles PR for some of the biggest and most difficult music acts in town, so she knows how to hold her own.

She's never been in a real relationship and is perfectly happy with that, so when she meets Jimmy and finds herself falling for him, her whole worldview is turned on its head. Gretchen never ceases to surprise Jimmy, who finds himself quickly succumbing to her charming abrasiveness. She may be the only person in the world who's suited to handle, and possibly fall in love with, Jimmy.

Aya Cash has received rave reviews for her performance in You’re the Worst, including Critics’ Choice Award and TCA Award nominations.

Cash’s additional television credits include Joe Swanberg’s Netflix anthology series Easy and the Fox comedy series Traffic Light, as well as recurring roles on The Newsroom, We Are Men, and guest starring roles on Modern Family, Sirens, The Good Wife, Mercy, A Gifted Man, Law and Order (the whole triptych) and Brotherhood.

On the film side, Cash starred in the indie dark romantic comedy Social Animals, with Noel Wells and Josh Radnor. Her recent film credits include the Netflix action-comedy, Game Over, Man!, starring Workaholics co-creators Adam Devine, Anders Holm and Blake Anderson and produced by Seth Rogen and Scott Rudin; the dark comedy Mary Goes Round (2017 Toronto International Film Festival), for which she earned the Excellence in Acting Award from the 2018 Vail Film Festival; the indie film Brand New Old Love; and Big Brother Volcano (2017 Los Angeles Film Festival), directed by Paul Briganti. Cash’s additional film credits include Martin Scorsese’s Oscar®-nominated film The Wolf of Wall Street, starring Leonardo DiCaprio, as well as Mike Birbiglia's Sleepwalk with Me, The Oranges, and Loitering with Intent, among others.

Cash’s theatre credits include starring roles in Off-Broadway plays at playhouses such as Playwrights Horizons, The Atlantic, MCC, Manhattan Theatre Club and the Rattlestick, to name a few. She has starred in New York or world premieres of plays by Ethan Coen, Bruce Norris, Zoe Kazan, Matthew Lopez, Lucy Thurber, Liz Flahive and Nicky Silver. She most recently starred opposite Gillian Jacobs in the world premiere of Kings, a play by Sarah Burgess opening at the Public Theater.

Cash splits her time between New York and Los Angeles.
See All Shows