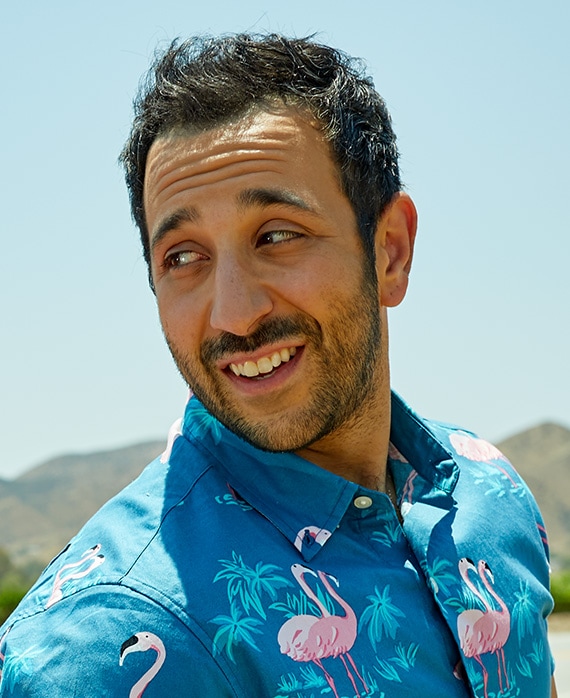 Edgar used to be Jimmy's pot dealer in college, but the two lost touch when Edgar joined the Army and did a couple tours in Iraq. Now back home, Edgar finds himself grappling with PTSD and searching for his place in the world.

Edgar and Jimmy reconnected a few years ago when Jimmy found him living on the streets. Now Edgar lives with Jimmy rent-free. In exchange, Edgar does light housework and cooks all of Jimmy's meals. Though Jimmy would be the last to admit it, Edgar has become his closest (and probably only) friend.

In addition to his work in You’re the Worst, Desmin Borges recently co-starred alongside Paul Giamatti and Kathryn Hahn in Netflix’s Private Life as “Sam,” “Richard’s” (Giamatti) rough-around-the-edges employee in the film written and directed by Tamara Jenkins, which follows Hahn’s character as she undergoes multiple fertility therapies to get pregnant, putting her relationship between she and her husband on edge.

Borges splits his time between New York and Los Angeles.