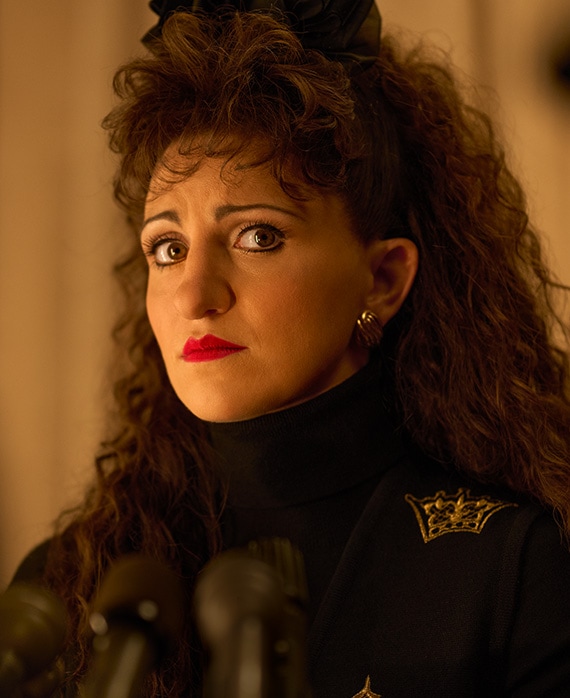 Tony® Award-winning actor Ashford has spent the past several years collaborating with acclaimed directors and actors across stage, film and television, and she continues that award-winning work with several upcoming projects.

Ashford also stars in the hit CBS comedy B Positive, which has been picked up for a second season. Created by Marco Pennette and Chuck Lorre, the series follows a therapist and newly divorced dad who is faced with finding a kidney donor when he runs into a woman from his past (Ashford) who volunteers her own. Matt Roush at TV Guide Magazine praised, “It's about time that someone gave Tony-winning spitfire Annaleigh Ashford a lead role that takes full advantage of her madcap personality and offbeat comic timing.”

In 2008, Ashford made her film debut in Sex and the City: The Movie and then appeared in the Jonathan Demme film Rachel Getting Married. Ashford was alsio in the 2016 independent film Love on the Run, starring Francis Fisher, the 2019 Amazon film Late Night alongside Mindy Kaling and Emma Thompson, and she voiced a troll in Disney’s critically acclaimed and Academy Award®-winning animated feature Frozen, opposite Kristen Bell and Idina Menzel. Ashford has had roles in the television shows The Big C, A Gifted Man, Law & Order, Nurse Jackie, Smash and The Good Fight.

On Broadway, Annaleigh garnered a Tony Award, a Drama Desk Award and an Outer Critics’ Circle Award for her portrayal of “Essie Carmichael” in the 2014 Broadway revival of You Can't Take It with You. She starred opposite Jake Gyllenhaal in Stephen Sondheim and James Lapine’s Broadway production of Sunday in the Park with George. The show was slated to play a limited engagement on London’s West End in June 2020, but was postponed due to the global pandemic. Ashford made her debut as the original “Margot” in the 2007 production of Legally Blonde: The Musical. Following, she starred as “Glinda” in the 2003 Broadway production of Wicked and “Jeannie” in the 2009 critically acclaimed revival of Hair. Ashford also originated the role of “Lauren” in Kinky Boots, a performance for which she received a Tony nomination in 2014. Other theatrical roles include “Marcie” in Joe Mantello’s 2012 musical Dog Fight and “Maureen” in the Michael Greif 2011 Off-Broadway revival of Rent, for which she was nominated for a Drama League Award and Clive Barnes Award.

In 2015, Ashford starred in a cabaret performance titled Annaleigh Ashford - Lost in the Stars at 54 Below in New York City. The critically acclaimed show was musically directed by Will Van Dyke.

Born and raised in Denver, Ashford now splits her time between Los Angeles and New York.