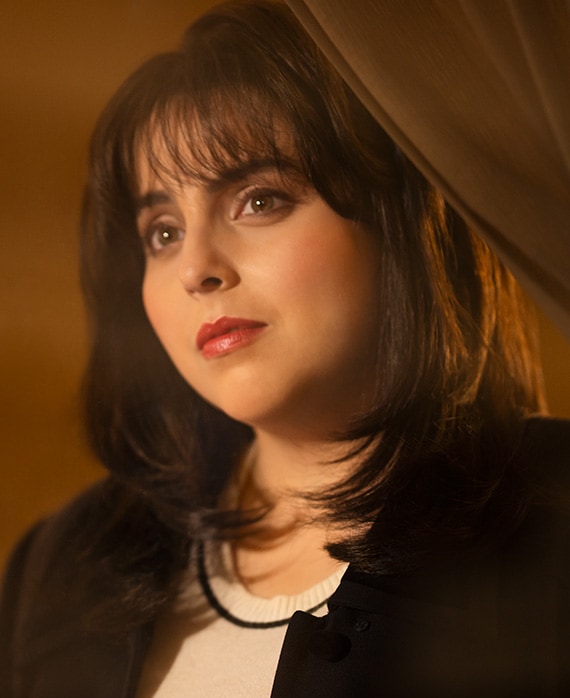 Feldstein is an American actress who first rose to prominence starring opposite Saoirse Ronan in Greta Gerwig’s Golden Globe® winning, Oscar® nominated debut, Lady Bird. Feldstein received critical acclaim for her performance, as did the film and its stellar cast including Laurie Metcalf, Tracy Letts, Timothée Chalamet and Lucas Hedges. The cast, including Feldstein, was nominated for the 2017 Best Ensemble at the SAG Awards.

In the same year, Feldstein received recognition for her Broadway debut portraying “Minnie Fay” in the smash hit musical Hello, Dolly! alongside Bette Midler. Feldstein received the Breakthrough Award at the Lilly Awards, honoring the three standout female Broadway debuts of the season. The musical won a 2017 Tony® Award for Best Revival of a Musical.

Most recently, Feldstein starred in Caitlin Moran’s comedic coming of age story, How to Build a Girl, winning the Fipresci Special Presentation prize. Directed by Coky Giedroyc, the film premiered at the Toronto International Film Festival in 2019. She starred as British teenager, “Johanna Morrigan,” who is whip-smart, veracious and desperate to escape her hometown and make a name for herself - which she does, reinventing herself as “Dolly Wilde,” bad-ass music critic. Starring alongside her were Alfie Allen, Paddy Constantine and Sarah Solemani, with cameos from Chris O’Dowd and Emma Thompson.

Up next, Feldstein will star in FX’s Emmy®-winning, Ryan Murphy-produced anthology, Impeachment: American Crime Story, portraying Monica Lewinsky. Feldstein will also star opposite Amy Schumer and Jayne Houdyshell in The Humans – Stephen Karam’s Tony Award-winning play that is being adapted into film and is produced by A24.

Feldstein graduated with a B.A. in sociology from Wesleyan University in 2015.