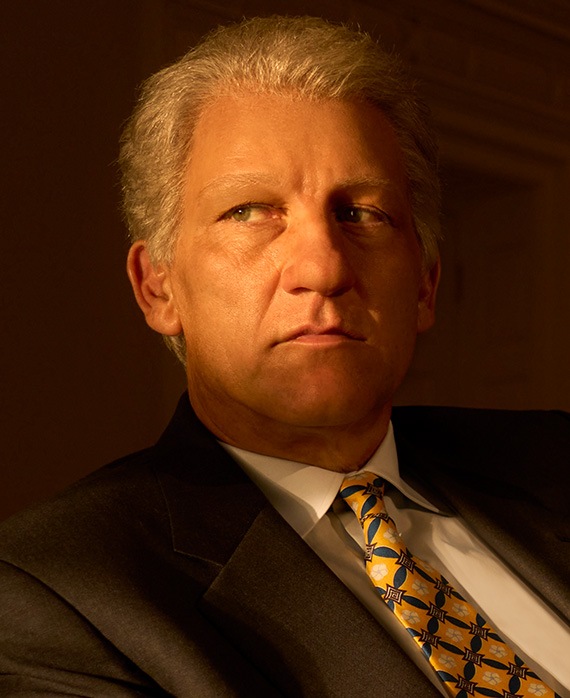 Academy Award®-nominee and Golden Globe®-winner Owen is celebrated by audiences around the world. His diverse choice of film credits has proven him to be one of the most versatile actors of our day, and with his captivating performances in the title role of Mike Hodges’ sleeper hit Croupier, critics have compared him to the likes of Bogart, Mitchum and Connery. In 2005, he proved himself a screen star by winning a Golden Globe and picking up an Academy Award nomination for his role as “Larry” in Mike Nichols’ Closer, also starring Julia Roberts, Jude Law and Natalie Portman.

Owen, a British actor, first came onto the scene in several British and American telefilms. In 1991, he starred in his first big hit, the U.K. television series Chancer. Other U.K. telefilm credits include the BBC's Second Sight, which aired on PBS Mystery.

He made his film debut in Beeban Kidron’s Vroom in 1988, in which his character restores a classic American car to take on the road with co-star David Thewlis. Then, in 1991, he went on to play a brother who acts upon his incestuous feelings in Stephen Poliakoff’s Close My Eyes. Later, he continued playing complex characters in Sean Mathias’ Bent, starring as a reckless homosexual in corrupt pre-war Germany who finds unconditional love while in a Nazi war camp. At the turn of the new century, he went on to star in Joel Hershman’s offbeat British comedy Greenfingers, the aforementioned Croupier and Robert Altman’s star-studded Gosford Park.

In television, Owen was seen starring in Steven Soderbergh’s The Knick for Cinemax, which he also executive produced. His portrayal of “Dr. Thatchery” earned him a 2015 Golden Globe Best Actor nomination. In 2011, he made his American television debut in HBO’s Emmy®-nominated film Hemingway & Gellhorn, starring opposite Nicole Kidman and directed by Philip Kaufman. His performance earned him Emmy, SAG and Golden Globe nominations.

Owen is currently starring on AppleTV+’s Lisey’s Story opposite Julianne Moore. The eight-hour limited series, written and executive produced by Stephen King, is a deeply personal thriller that follows “Lisey” (Moore) two years after the death of her husband (Owen).

He is currently in production on Impeachment: American Crime Story, the third installment of FX’s award-winning limited series from Ryan Murphy.

Owen is also an acclaimed stage actor with roles including his portrayal of “Romeo” at the Young Vic, starring in Sean Mathias’ staging of Noël Coward’s Design for Living and playing the lead role in Patrick Marber’s original production of Closer at the Royal National Theater in 1997. In the fall of 2001, he starred in Lawrence Boswell’s staging of Peter Nichols’ A Day in the Death of Joe Egg in London. In fall of 2015, he made his Broadway debut in the American Airlines Theater revival of Old Times and later returned to Broadway in the 2017 production of M. Butterfly. He returned to the West End for the first time in almost 20 years in 2019 with a starring role in The Night of the Iguana.