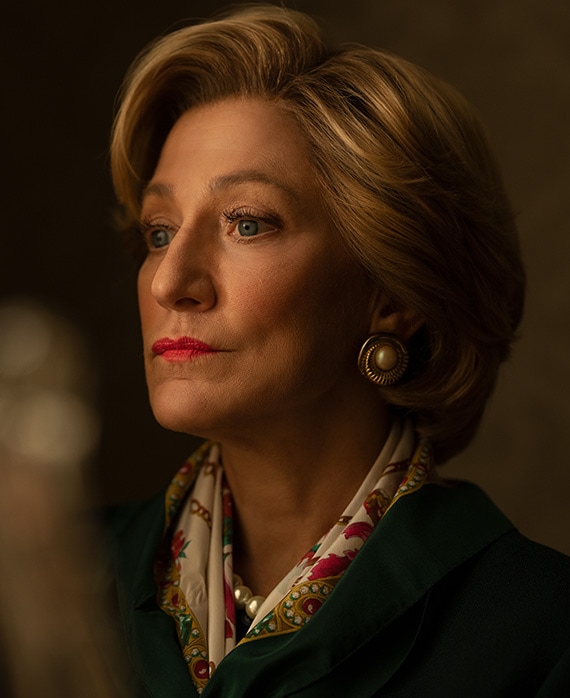 Falco became the only actress to have won an Emmy®-Award for Best Actress in both drama and comedy categories for her performance in Nurse Jackie. For her portrayal of “Carmela Soprano” in The Sopranos, Falco received an Emmy, Golden Globe and SAG Award in the same year. She has been nominated for a record 22 SAG Awards.

On stage, Falco made her Broadway debut in the Tony® Award-winning play Side Man, then later starred in the acclaimed revival of Frankie and Johnny in the Clair de Lune and was nominated for the Tony Award for Best Actress for her performance opposite Ben Stiller in The House of Blue Leaves. Falco also received rave reviews for her performance Off-Broadway in The New Group’s critically acclaimed The True.

Falco most recently delivered a powerful and groundbreaking performance as L.A.'s first female Chief of Police in the Amblin-produced CBS show Tommy, and was also nominated for an Emmy for her performance as Leslie Abramson in the NBC limited series The Menendez Murders. She received acclaim for her work in the independent film Outside In, as well as for her role in the Netflix feature The Land of Steady Habits opposite Ben Mendelsohn.