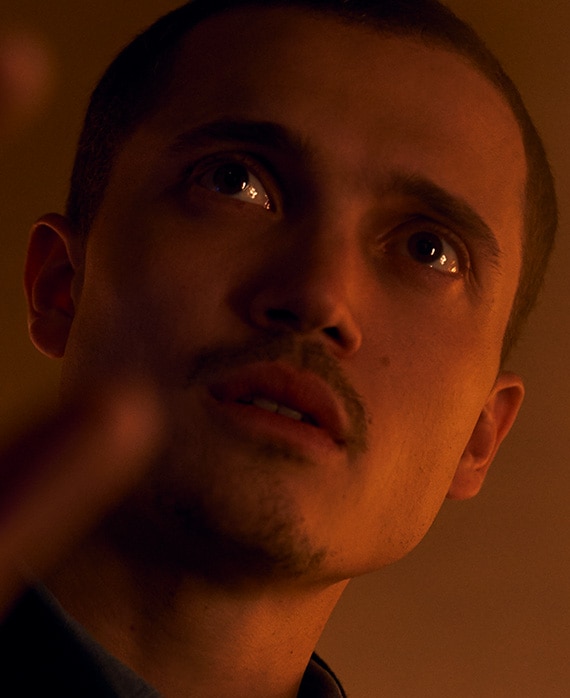 Karl Glusman stars as “Sergei.” Sergei is an AI Coder at the technology company Amaya, and Lily’s boyfriend.

In 2015, Glusman broke out on the big screen with a starring role in Gaspar Noe’s Love. The film premiered at Cannes where it garnered tremendous buzz and was considered one of the most provocative of the festival. His additional credits include The Neon Demon directed by Nicolas Winding Refn, Roland Emmerich’s Stonewall and Above Suspicion directed by Phillip Noyce with Emilia Clarke.

Glusman studied acting under William Esper and Wynn Handman at their respective studios.