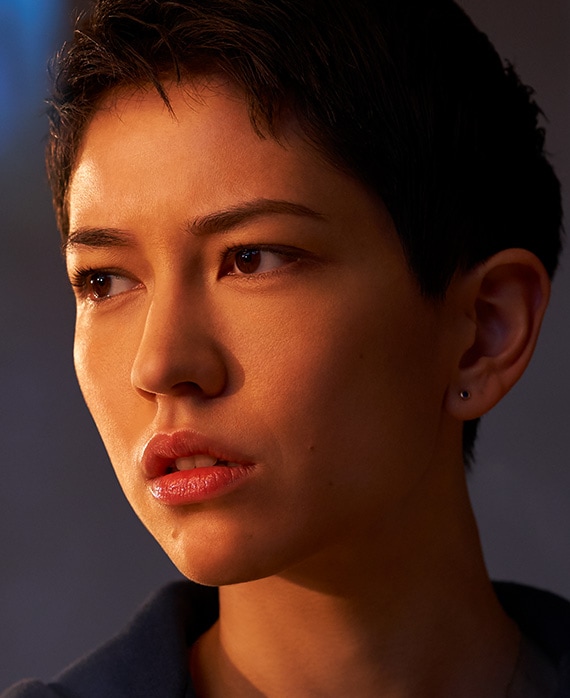 Sonoya Mizuno stars as “Lily Chan.” Lily is a software engineer who works at Amaya, a cutting-edge tech company. She comes to suspect her employer may be responsible for the death of her boyfriend.

Mizuno was introduced to American audiences as “Kyoko” opposite Alicia Vikander and Oscar Isaac in Ex Machina, Alex Garland’s critically acclaimed directorial debut. She has gone on to play parts in films such as Damien Chazelle’s La La Land opposite Ryan Gosling and Emma Stone, All About Nina opposite Mary Elizabeth Winstead and Common, and Alex Garland’s Annihilation.