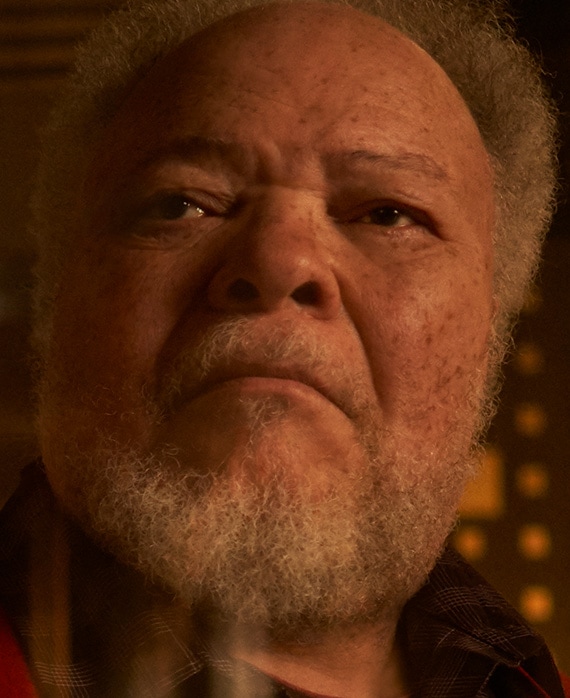 Stephen McKinley Henderson stars as “Stewart.” Stewart is one of the top technical minds working in Amaya’s secret development division.

In addition to his role in FX’s Devs, Henderson has been seen on television in recurring roles on Wu-Tang: An American Saga and Aaron Sorkin’s The Newsroom, plus numerous guest starring roles, HBO Films’ Everyday People and the PBS American Playhouse film A Raisin in the Sun.

Henderson’s stage credits include the 2010 revival of Fences, which earned him a Tony Award® nomination and the Richard Seff Award, plus Stephen Adly Guirgis’ Between Riverside and Crazy that garnered him Obie and Lucille Lorel Awards for Outstanding Lead Actor. His additional credits include A Doll’s House, Part 2; The Last Days of Judas Iscariot and August Wilson’s Jitney, for which he received a Drama Desk, an Obie and an Audelco Award as a member of the Outstanding Ensemble of the 2000 New York season. In Los Angeles, he also received the NAACP Theatre Award and a Los Angeles Drama Critics Circle Award for his performance as “Turnbo” in that production.

Henderson is a retired professor, former chair of the Department of Theater and Dance for SUNY at Buffalo and a member of the LAByrinth Theater Company. He holds an Honorary Doctor of Fine Arts from Juilliard.