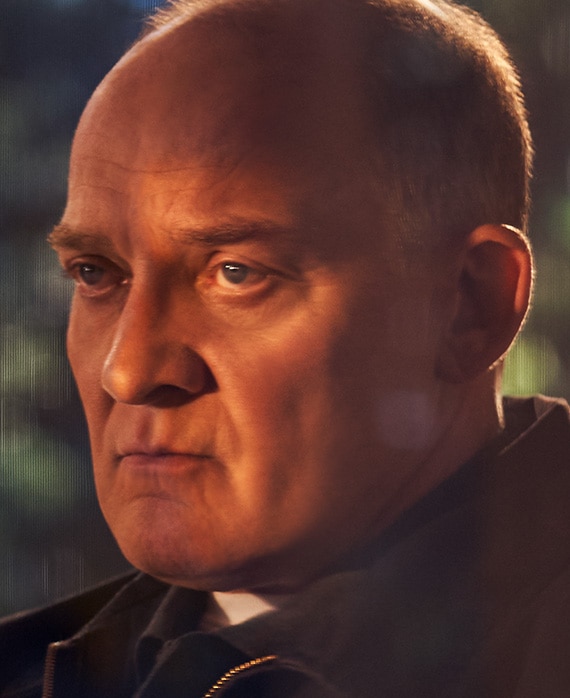 Zach Grenier stars as “Kenton.” Kenton is the head of security for the cutting-edge technology company Amaya.

Grenier has recurred in many critically acclaimed series including Ray Donovan, Deadwood and 24. He was a series regular on The Good Wife, Touching Evil and C16: FBI. His feature film credits include the cult classics A Shock to the System and Liebestraum, as well as more mainstream projects like Tommy Boy, Twister, Donnie Brasco, Swordfish, Fantastic 4: Rise of the Silver Surfer and the remake of Robocop. He has worked with some of the great film directors of our time including David Fincher on Fight Club and Zodiac, Ang Lee on Ride with the Devil, Werner Herzog on Rescue Dawn and Clint Eastwood on J. Edgar.

Grenier takes every opportunity to return to the stage; playing “Willy Loman” in Death of a Salesman was a recent career high. His latest New York appearances include Rajiv Joseph’s Describe the Night at the Atlantic Theater Company and Sarah Burgess’ Kings at the Public Theater. He earned a Tony Award® nomination for his portrayal of Beethoven in Moisés Kaufman’s 33 Variations and a Lucille Lortel Award nomination for his performance in John Patrick Shanley’s Storefront Church at the Atlantic Theater Company.