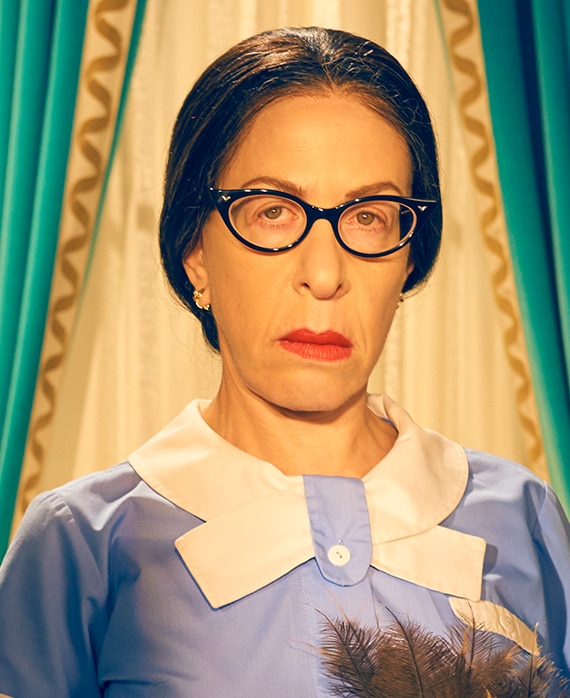 Her film credits include Birdman, Decay, The Sitter, The Extra Man, How to Seduce Difficult Women, A Dirty Shame, Garden State, Legally Blonde II, Kissing Jessica Stein, and Mo' Money. Hoffman will be returning to Broadway in the Spring of 2017 as “Mrs. Teavee” in Charlie and the Chocolate Factory.

Additionally, Hoffman’s Broadway credits include On The Town, The Addams Family, Xanadu and Hairspray (Theatre World Award). Off-Broadway, Hoffman starred as “Princess Winifred” in the Transport Group’s Once Upon A Mattress, receiving a Drama League Award Nomination for her performance. Her additional Off-Broadway credits include A Chanukah Charol, The Gingerbread House, Straightjacket, Incident at Cobbler's Knob (Lincoln Center Theatre Festival), and One Woman Shoe. Hoffman has performed in regional theatre as well in Chicago at The MUNY and The Sisters Rosensweig at the Globe Theatre. Hoffman starred in six revues at The Second City Theatre in Chicago, where she won the Jeff Award for Best Actress. Her solo shows at Joe's Pub have received critical acclaim and include The Kvetching Continues, Jackie Five-Oh!, Chanukah at Joe's Pub (Bistro Award), Scraping the Bottom, and Jackie with a Z. In 2009, Hoffman received the Mac Award for Best Female Stand Up. Her show Jackie Hoffman: Live from Joe's Pub is available on disc.