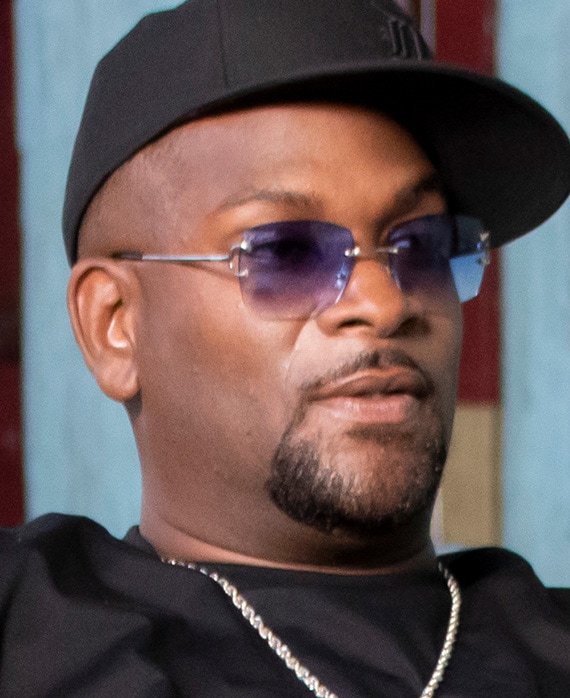 A permanent imprint on the city of Detroit, Christian Mathis, known by his infamous stage name “Trick Trick,” is a well-respected rapper and music producer based in the city and best known as the creator and founder of the hip hop group The Goon Sqwad. He was given the name “Trick Trick” at an early age due to his double efforts to succeed.

Mathis inherited his love of music from his mother, jazz singer Michelle “Sassy” Mathis and his father George R. Mathis Jr., a local DJ. Young Mathis started his musical journey playing the drums at his church and quickly taught himself to play the keyboard, piano, organ, bass guitar and other instruments. With a life story similar to that of many other troubled teens in an urban neighborhood, Mathis overcame the adversity by turning his negative energy into music. After a short time at the Michigan Department of Corrections, Mathis made the life altering choice to pursue hip hop with the motto “100% Entertainment.”

When Mathis stepped into 54 Sound Studios in Ferndale, Michigan with good friend Eminem, his life changed forever. Eminem urged Mathis to leave the streets and continue with his music. He offered Mathis the opportunity to travel with the Anger Management Tour 3 to promote their hit single “Welcome 2 Detroit.”

Mathis owns several production companies. He directs, scores and has done voice over for a variety of videos, films, televisions shows and commercials for studios like Cinemax and HBO. Mathis also owns his own recording studio, Tha Blu Room, where he records with music industry elites such as Eminem, Ice Cube, Snoop Dogg and Xzibit, among many others.

Mathis received his Doctorate in Music from the Academy of Universal Peace and has always been a supporter of Detroit’s youth and works with a range of charities to give back to his community. He also started his own non-profit organization, The Christian Anthony Foundation, which mentors youth groups. Today he is the director of the State of New York Chaplain Federation, Detroit Chapter.

Mathis is often referred to as the “godfather” of Detroit, a prominent player in the hip hop scene who was integral in shaping the genre as we know it today.