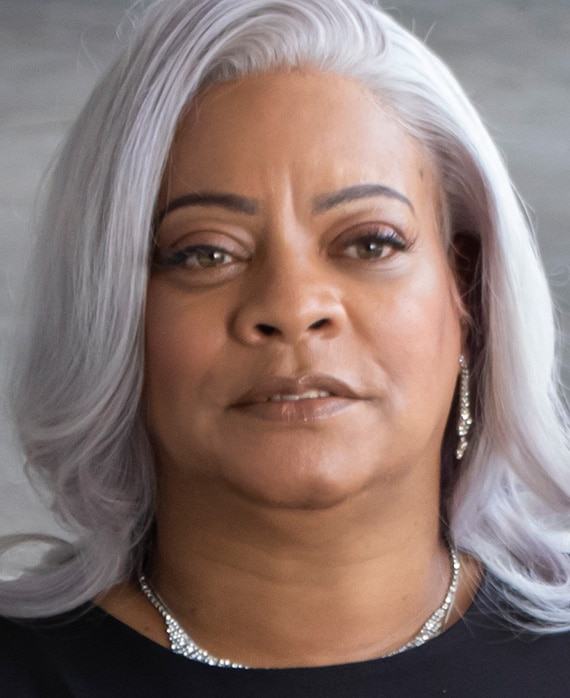 Mogul, mentor, mother and philanthropist Deb Antney, also known as “Aunt Deb,” is a pioneer in hip­ hop, one the few female managers to create not only bankable artists, but also superstars. As CEO of Atlanta­-based Mizay Entertainment, a talent management firm launched in 2007, Antney could be described as a “pit bull in a skirt.” She has positioned herself as a major power player in a male dominated industry demanding equality for herself and her artists.

Growing up in Jamaica, Queens, Antney was very business savvy and filled with compassion. A single mother of five, she worked a string of jobs to support her family. In her true risk-taking style, she moved south and landed a position with the Georgia Department of Family and Children’s Services where she coordinated community activities. It was there that she encountered up and coming rappers Ludacris and David Banner who addressed Antney as “Ms. A” (Miz­A), hence the company name. She also discovered a local underground artist named Gucci Mane and pushed him to live up to his potential. With unwavering visions and persistence, Antney left her nine to five to oversee the career of the popular MC full­-time and Mizay Entertainment was born. In addition to Gucci, Antney established the careers of now superstars OJ Da Juiceman, Nicki Minaj, French Montana and Waka Flocka.

In 2013, Antney launched Be100 Radio, the top online radio station for independent artists with over 100,000 listeners daily, nationally and internationally. Be100 Radio features a variety of news, music, poetry, comedy shows and sports.

Antney has also worked with artist Kash Doll. Currently, she is working with Jzpal Vonkrishna aka Jonni Blaze, YaYa Flaws and Dexter Louper just to name a few. She is also a publisher at Cobalt Publishing and was a cast member on Love & Hip Hop: Atlanta, Growing Up Hip Hop Atlanta and writing a book about her life where she will touch on her hardships and triumphs including the loss of her two sons. The loss of her son Kayo launched the movement No R.I.P., which stands for No Reckless Internet Posting and No Reckless Intentions Period. This brought Antney to become a main voice in an underprivileged school, Brown Elementary. This school is located in Jonesborough, Georgia, where 75% of its population is stricken with poverty, single fathers and homeless children. Antney created programs for the students to learn financial literacy and prepare them for the future.

Antney is all about empowering women. She speaks candidly about her life experiences, an audacious yet bracingly rare move in the business of entertainment. She has the personality that loves hard and fights hard, that is why she has gained the respect of her clients, the industry and her peers. A self-made woman, Antney is living the American dream.