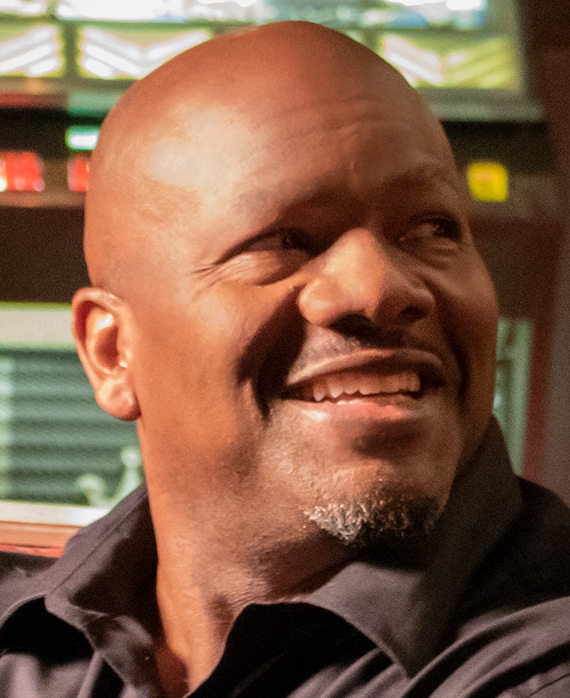 Standing at a towering 6 feet, 5 inches tall with a large and powerful presence Eugene Henley, affectionately known as “Big U,” is a world-renowned street legend, community activist, philanthropist, entertainment industry executive and owner of the record label Uneek Music. Dependable, honest and fearless are just some of the words to describe the upright man that "Big U" is.

As a product of South Central, Los Angeles, "Big U" equates his upbringing as a time of gratitude, not having everything he wanted but for sure having everything he needed. Heavily influenced by Eugene Henley Sr., Donald Ray Evans and Keith Thomas, brotherhood and comradery come as second nature to Henley.

“Big U’s” greatest achievement to date is being a voice for the streets, in the streets. As an advocate for literacy, self-education has been a driving force in his accomplishments to assist young black men in going to college. Affording young men the opportunity to embark on post-secondary education to better themselves, enhance their environments and curate long-lasting legacies is what “Big U” stands firmly on.

An extension to his impact, “Big U” educates the community and young artists on the importance of securing ownership and providing ample opportunities for people who have never been given a chance. “Big U’s” non-profit organization, Developing Options, was birthed in 2004 after his incarceration and as part of his mission to impact the community beyond gang violence, drugs and crime.

With music being a foundation in “Big U’s” life, his music industry accolades include jump-starting the careers of West Coast legends Kurupt and Nipsey Hussle. By doing so, he provided opportunities for both artists to cultivate their brand within the community but also within the music industry.

Motivated by his love for music and his desire to aide black men and propel the culture positively, “Big U’s” approach to life and challenges are none other than “Uneek.” Legacy being prime real estate in “Big U’s” world, it is what he longs to accomplish throughout his life. Big U often utters his life quote, “Nothing comes to a sleeper but a dream,” which is his motivation for the youth that education comes first and hard work is key.