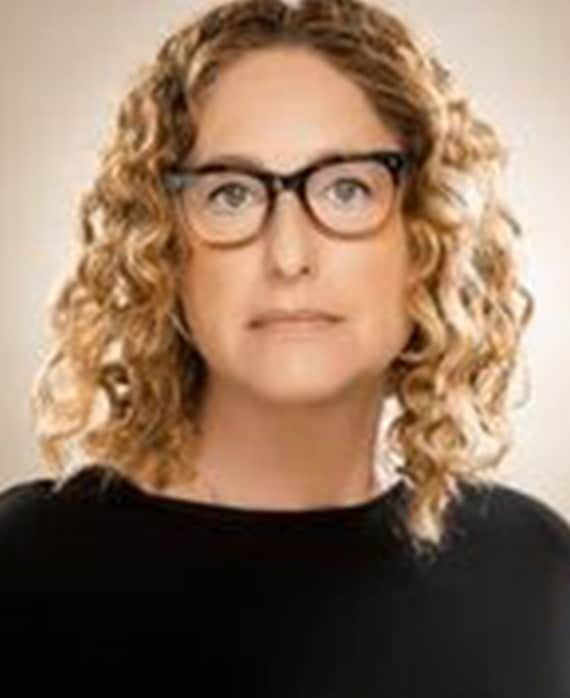 Judy Gold has had stand-up specials on HBO, Comedy Central and LOGO. She has also written and starred in two critically acclaimed off-Broadway hit shows: The Judy Show – My Life as a Sitcom, which was nominated for an Outer Critics Circle Award, and 25 Questions for a Jewish Mother, which earned a GLAAD Media Award for “Outstanding New York Theater” as well as a Drama Desk Award nomination for “Outstanding Solo Performance.”

Gold received rave reviews portraying “Gremio” in The Public Theater’s all-female production of The Taming of the Shrew for Shakespeare in the Park. She also co-starred off-Broadway in Clinton: The Musical and Disaster!

Gold has appeared on The Late Show with Stephen Colbert. Her TV credits include I’m Dying Up Here and Friends From College, with recurring roles on Nightcap and Search Party. Gold was featured in Woody Allen’s series Crisis in Six Scenes and appears on the hit web series The Other F Word. Gold’s other recent TV appearances include guest-starring roles on Broad City, The Unbreakable Kimmy Schmidt, FX’s Louie, The Jim Gaffigan Show, Inside Amy Schumer, Difficult People, 30 Rock, 2 Broke Girls, Melissa & Joey and The Big C. She also won two Emmy® Awards for writing and producing The Rosie O’Donnell Show. Gold was the host of HBO’s At the Multiplex with Judy Gold and was an original cast member of truTV’s World’s Dumbest.

Gold is the host of the hit podcast Kill Me Now on iTunes and Stitcher. She has made numerous appearances on The Steve Harvey Show, The View, TODAY and The Wendy Williams Show. She has also written for The New York Times, Huffington Post and CNN.com.